Despite earlier rumors of getting back together with singer Wilfred Lau (劉浩龍) after their breakup, Joey Yung (容祖兒) has now declared she is single. Announcing it through social media, it is clear that she wants to shut down all rumors in relation with Wilfred and make it known that there is no chance of reconciliation. 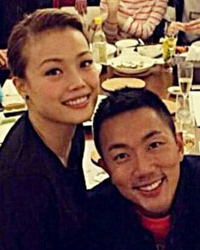 Since their rumored breakup and reconciliation in March last year, many had been wondering about Joey and Wilfred’s relationship status. Joey decided to draw the line in their ambiguous relationship. In her social media post, she had first thanked all her co-workers and crew for their support in the past year, and then mentioned that she is looking for a new start. She wrote, “Heart illnesses are cured by the heart, Dr. Yung will sincerely give her warmest support to every person who lost love. The most wonderful thing in this world, and the most fortunate, is that, even me, Dr. Yung will also use this song to support myself for a new start.”

The two had remained as friends after their break-up, but Wilfred still hoped that to win her back. However, Joey believed they should just remain as friends. Furthermore, it was already hinted that Joey is back to being single at Gillian Chung’s (鍾欣潼) Hong Kong wedding wedding, as good friend Charlene Choi (蔡卓妍) pointed she would help Joey get the phone numbers of the male guests at the ceremony.

Joey and Wilfred also spent Christmas and New Year’s Eve on their own, with Wilfred spending the holidays snowboarding with his friends in Japan. This suggests that the two are no longer together and Joey was first to confirm it through her post.