Kai Ko Cozies Up to Tia Li at Bar 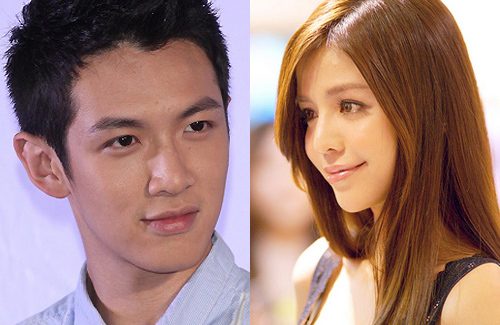 After Taiwanese actor Kai Ko‘s (柯震東) marijuana scandal last August, he emerged with a revamped clean-cut, good-boy image. Aside from speaking at the prestigious Fu Jen Catholic University in Taiwan, he also emphasized that he would stay far away from partying at night. Nevertheless, just five months later, Kai is already back to his old ways. He was photographed at a bar with rumored girlfriend Tia Li (李毓芬).

That night, Kai first met with four friends at the bar. He wore a cap, as though he was deliberately trying to avoid scrutiny. He was also smoking and periodically checking his mobile phone, as if expecting to receive a message or call from someone.

At 3 a.m., a long-haired lady arrived at the bar and sat next to Kai. On closer look, the lady turned out to be Tia. Both behaved intimately, giving the impression that the two were a couple. The group only dispersed an hour later.

Kai’s manager addressed the reports and emphasized that the venue was a bar, which was of a different character compared to a night club. At the bar, the group discussed plans to open a restaurant. Kai maintained that Tia is merely his “good friend” and nothing more.