Karena Ng, Jacqueline Wong Have Opposite Views on Living Together 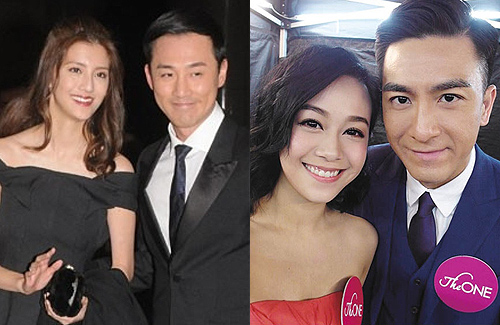 Artistes have very busy schedules, often traveling out of town to wherever work takes them. It is twice as hard for couples who date within the entertainment industry to find time together. To maximize their time together, Karena Ng (吳千語) and Raymond Lam (林峯) took the big step to move in together.

Although many believed that the couple moved in together to prepare for marriage, Karena denied the rumors and clarified. “We’re not trying it out for marriage. When [Raymond] returns [to Hong Kong], then I will leave for four months [for work]. We don’t get to see each other very much in a year. Within a year, we only see each other a fifth of the time.”

However, cohabitating may not be for everyone, especially celebrity couples who have not been dating for very long. Jacqueline Wong (黃心穎) stated that she would live to maintain some independent space away from boyfriend Kenneth Ma (馬國明). She said, “I actually want to live by myself, because I have so many things. My house cannot fit them all. I’ve thought about moving out by myself. I want to have my own space. I may let my parents live in my [current] apartment. I personally would not want to cohabitate before getting married, because I like to have my own space.”

Although Jacqueline claims that she does not want to move in with Kenneth, reports asserted that she has yet to win the affections of Kenneth’s mother. Jacqueline once again denied the rumors and said, “I have always gotten along well with my seniors and the elderly. [This piece of news] is quite absurd.”

1 comment to Karena Ng, Jacqueline Wong Have Opposite Views on Living Together