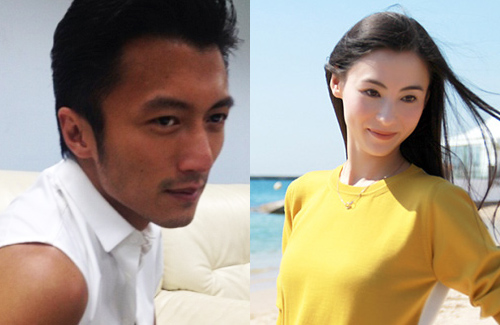 Although Cecilia Cheung (張栢芝) relocated to Singapore to raise her sons last year, she is seen constantly travelling for work and pleasure. Recently, she brought Lucas and Quintas to film for Mainland Chinesetelevision program The Strongest Brain <最強大腦>.  Last week, Cecilia was seen quietly returning to Hong Kong under the pretense of working, but it is rumored that the 33-year-old came back to keep a closer eye on ex-husband, Nicholas Tse (謝霆鋒).

Since his divorce, Nicholas has dated few women. He was briefly linked to Zhou Xun (周迅) and Janice Man (文詠珊), but apparently the relationships ended as soon as they were exposed. With ex-girlfriend, Faye Wong‘s (王菲) experiencing divorce last year, many are wondering if Nicholas and Faye may reignite their past love.

After hearing that Nicholas and Faye met in Paris, Cecilia’s possessive side emerged and she immediately returned to Hong Kong. Reporters have been desperately trying to reach Nicholas in order to get a clear understanding, however, the actor has yet to respond on the situation.