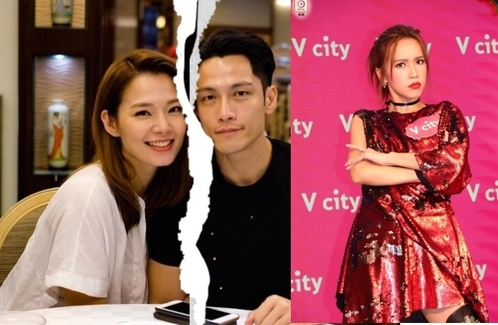 In the wee hours of March 9th, TVB actress, Koni Lui (呂慧儀) and her husband Dickson Wong (黃文迪) issued a joint statement announcing their divorce out of the blue. Many celebrities felt that it was a pity, however, actress Kelly Fu (傅嘉莉) has a lot more to say than just that. On the morning of March 10th, Kelly wrote a lengthy post on Instagram consisting of over 600 words accusing Koni and Dickson of using her to create news in 2013.

Back then, Dickson uploaded a picture of two hands holding each other in the car, and one of the hands wore black nail polish. After some time, Koni said on Weibo that she doesn’t remember ever painting her nails black, and asked if Dickson uploaded the wrong picture. Netizens immediately investigated and found out Kelly already knew him since they were both in the same modeling company and wore black nail polish in the past.

Kelly explained that she used to wear different nail polish colors to match her different outfits during the Triumph in the Skies 2 <衝上雲霄 2> promotional events. When the media contacted her to get her side of the story, they ended up not including her explanation in the published article. Kelly was labeled as a “mistress.”

“Why did the reporter immediately think that I was black nail polish girl?” Kelly questioned. “Everyone can try to understand my feelings when they said I fell in love with my friend’s friend. I was thinking everyone is friends and also in the same industry so they know an artist’s reputation is very important. Why would they do this for exposure? How can you fake a photo, create a long story, and smear your friend to do this shameless thing?”

Back then, Kelly was good friends with both parties, and was even Koni’s bridesmaid. “Finally, I want to say, as a former friend I also feel pity knowing that they have separated,” Kelly admitted. “Please friends, don’t forward their news to me. Reporters, don’t call me to respond to their news.” 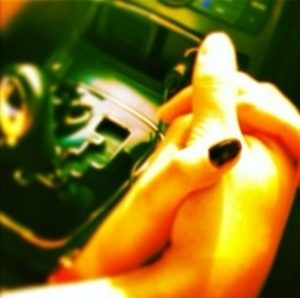