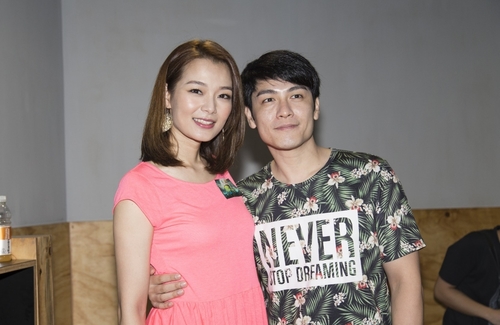 In the early hours of March 9th, Come Home Love: Lo And Behold <愛·回家之開心速遞> actress Koni Lui (呂慧儀) took to Instagram to announce she and husband Dickson Wong (黃文迪) have called it quits in 2018 following seven years of marriage. They tied the knot in late 2011 after dating for 10 years and welcomed the birth of their four-year-old son Anton in 2014. The sudden announcement came after Dickson was recently caught behaving like a couple with another woman by the media. However, Koni stressed their amicable split up did not involve a third party.

The 36-year-old star wrote on Instagram, “We reached the consensus peacefully, and we also want to avoid unnecessary speculations from friends of all walks of life, so today, we want to make a one-off explanation to everyone. In 2018, we decided to go back to being friends. A third party was not involved when we made that decision. We chose to keep a low-profile to avoid affecting the growth of our son.”

Koni said they will share custody of their son, and will take care of him well, so friends do not need to worry. “Four years ago, we had our son. His existence gave us a lot of family satisfaction and happiness,” she expressed. “The thing that’s not going to change forever is that we are still the parents of our son. I hope that everyone can give us and our child space so that he can grow up peacefully like ordinary children without being pursued.”

She broke the news after the media recently confronted Koni about Dickson behaving intimately with a woman on the bus. They sat like a couple with their heads touching each other, and they went the same way after getting off.

“In a different time and space, two people can meet, from knowing to loving each other, and getting along for more than ten years – it is not easy. We know each other better than ourselves,” Koni shared. “Although we are now friends, we still understand and care about each other, and hope that the other person can live a happy life. Thank you for your concern.”