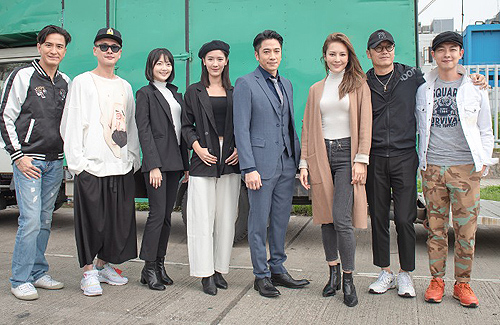 The first installation of Flying Tiger was broadcast in May and received 45 billion views. The police drama received high praise from viewers and many anticipated a sequel with the same cast.

Bosco said, “I hope that everything will go smoothly and happily, including our costume choices and settings. It’s very exciting and I hope we get to do this every year. Going to work has been so much fun because we are all a family. I hope we get good ratings, but at the same time, there is a lot of pressure. As Michael always says: ‘pressure is motivation’. He also stated that if the ratings can reach over 50 billion, Michael would take off his shirt!”

Michael jokingly responded, “That’s too juvenile! But I really hope everyone will support our drama as it will be a fresh concept and hopefully better than the first!”

Ron definitely agrees with Bosco regarding the pressures of filming. The director has requested for him to maintain his “chok” look in which he jokingly responded, “It’s very hard to deliver good acting while maintaining a ‘chok’ look. But from today onwards, I will be studying and learning from the manga Case Closed.

On the other hand, Oscar shared, “I’m very happy and hope that the results will be even better. I think I executed the role of Kenny pretty well. I hope I can do my best and perform the same for my new role.”

As for the new cast, Kenneth happily shared, “I’m so happy to be working alongside long time friends, and even actors from Hollywood. As well, this time I will be partnering with a lot of actresses that I haven’t worked with! It’s Christine Kuo (苟芸慧) and and she will be acting as my wife. I look forward to working with her and hope that I can be a good police officer.”

The drama also welcomes two new actresses to the cast. Kelly will be playing Bosco’s love interest from England working as an agent under Hollywood star, Lee Pace. She shared, “It’s so cool to be an agent, but I definitely have to maintain my physique!” As for Jennifer, it’s her first time filming a long drama. She said,“I’ve acted in films before so I’m nervous about the differences in filming. But Oscar told me the process is similar, so I’m excited!” 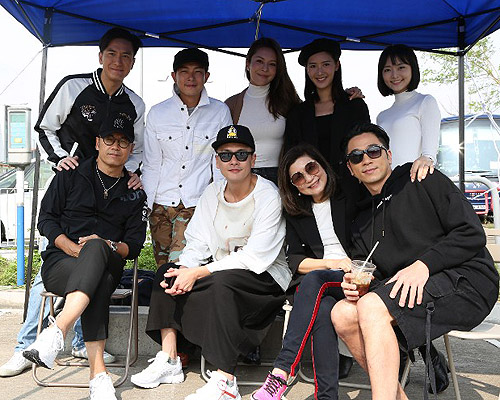