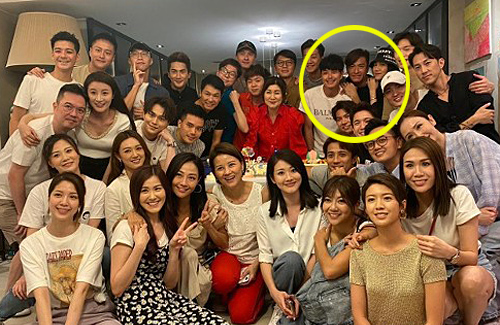 Virginia Lok (樂易玲), who had a hand in promoting many popular artistes in TVB throughout the years, is often surrounded by up-and-coming actors and actresses. This is exceptionally so every year on her birthday. Recently, the TVB Assistant General Manager and Shaw Brothers Executive Director celebrated her 61st birthday at home surrounded by many of TVB’s current wave of rising stars.

A photo of the party revealed many couples and ex-couples were also in attendance. Kenneth Ma (馬國明) and Roxanne Tong (湯洛雯), who have been the center of the media’s attention lately, were seen cuddling together. Posing in front of the couple was Joey Law (羅天宇), who dated Roxanne for four years before calling it quits.

When Kenneth was asked whether there was any awkwardness attending an event with Roxanne’s ex-boyfriend, he replied, “They used to date in the past. There’s nothing wrong with that. I think it is a normal thing. We are all adults and are mature about this.” Roxanne added, “We are all good friends, so there’s no awkwardness!”

Rumored couple, Sisley Choi (蔡思貝) and Hubert Wu (胡鴻鈞), as well as Sisley’s ex-boyfriend, Shing Mak (麥秋成), were also spotted at the event. Together for two years, the couple’s dating status was an open secret at the time. The relationship, however, did not end on good terms, and Shing had previously made several remarks alluding to a bitter end. Additionally, Sisley’s other rumored boyfriend, Dickson Yu (余德丞), was also at the event. The four-way entanglement was a highlight of tabloid gossip.

When reached for comment, Sisley simply said, “We are all friends and colleagues. We were all there to celebrate Ms. Lok’s birthday!” 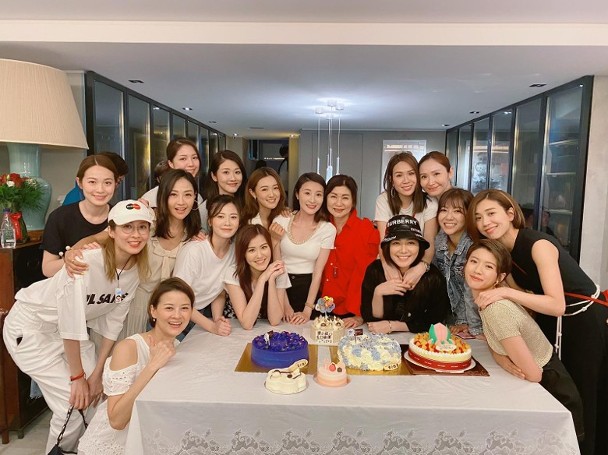 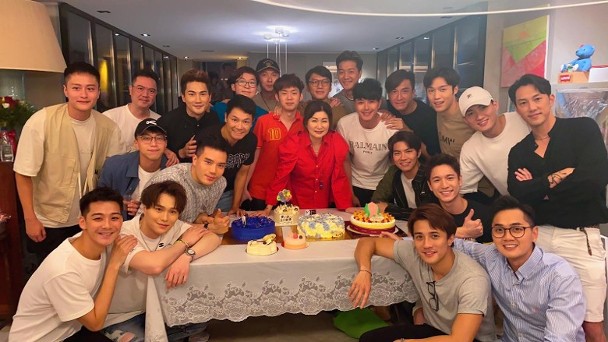