Kenneth Ma Does Not Mind Working With Roxanne Tong 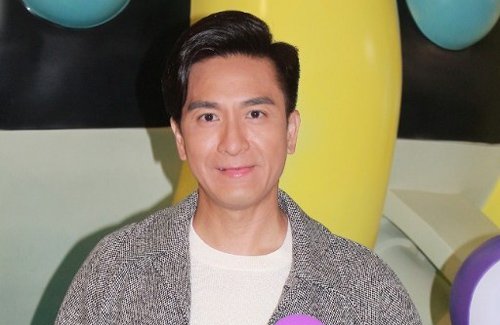 Currently filming Big White Duel 2 <白色強人2>, Kenneth Ma (馬國明) is not too worried about working during the fourth wave of the pandemic. Fortunately for his scenes, there are not many actors involved and they are not big scenes so there is no need for a large crew. The staff members on set also take extra precautions by wearing face masks.

“I will be especially careful to wear my mask properly and to wash my hands frequently. There are hundreds of cases every day, and you can check online to see which areas the infections are in. After I looked at the tracker, I realized it’s like a convenience store and there’s bound to be one nearby. So there’s really no way of 100 percent preventing it from happening,” Kenneth said.

Though the producer had wanted to film Big White Duel 2 in Switzerland, the local COVID-19 conditions will be continually monitored before the final decision will be made. However, the cast and crew will definitely film in Shenzhen to ensure continuity from the first drama, because the hospital setting is located in Shenzhen. It is expected that they will film there in March or April of next year.

As he will be working this Christmas, Kenneth will not be able to spend much time with his girlfriend, Roxanne Tong (湯洛雯) but he has started shopping for a present. “I saw one online and thought it was quite unique. Unfortunately when I went to the store, they said that Hong Kong does not have this specific style. So now I’m trying to figure out how I can buy it or if I should find something else.” Asked if it is a piece of jewelry, Kenneth denied this and said it is a useful gift but refused to give away any more details.

While Kenneth is kept busy with filming, he admitted that his endorsement appearances have decreased due to the pandemic and some events transferred to an online setting instead. A sponsor expressed interest in inviting Kenneth and Roxanne for a New Year’s countdown event. The actor does not mind working with his girlfriend, “My manager told me that before the fourth wave, a sponsor had asked what our couple rate would be, but I don’t know if there will be any changes due to the current situation.”