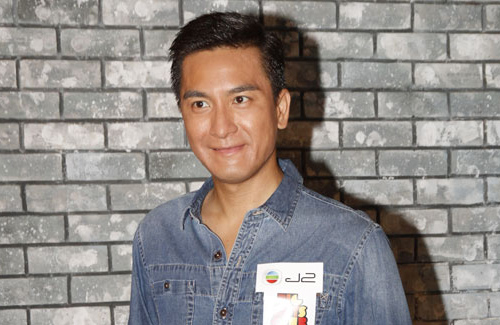 Kenneth Ma (馬國明) and other cast members of Ghost Dragon of Cold Mountain <寒山潛龍> including Lin Xiawei (林夏薇), Raymond Cho (曹永廉), and Ngo Ka Nin (敖嘉年), were at TVB City to star in a new episode of the variety show, Big Boys Club <兄弟幫>. Currently filming for Republican Era series, Lord of Shanghai <梟雄>, Kenneth shared that his experience has been a fairly relaxing one.

Since Kenneth only appears in ten episodes as the youth version of Anthony Wong’s (黃秋生) character, filming was less tedious and he also had sufficient time to sleep. Although he tanned a little from filming outdoors, Kenneth revealed he did not suffer any heat strokes because he portrays a poor man in thin clothing.

The story revolves around triad groups in Shanghai, and the cast members had to film many action sequences. Most outdoor scenes were filmed in Shanghai, while others took place in Hong Kong. Kenneth expressed, “The most memorable scenes for me were the assassination scenes and when I was chased by others. But my attitude has been at ease, since the veterans are all extremely nice.”

Hopes to Buy a New Home

Reporters earlier spotted Kenneth checking out new flats, and he admitted he is searching for a new home. Kenneth shared, “I’m currently searching for a suitable one, but I won’t be purchasing those that are a few hundred square feet in size. I’m planning to live with my parents.”

When asked if he also plans on living with his other half, Kenneth replied, “I never thought of marriage yet, but I would have to purchase a larger flat if that is the case. We’ll decide later on.”