Kenneth Ma on the Inconsistences of “The Hippocratic Crush 2” 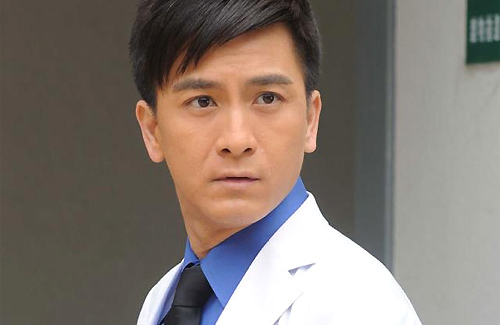 Kenneth Ma (馬國明) believes he may have a chance at this year’s TV King title. His confidence is not based on the belief that his own acting is better than his peers, but rather that no single TVB drama is a hot favorite among the viewers.

The Hippocratic Crush <On Call 36小時> series has been Kenneth’s lucky charm. Because of his role as Dr. Cheung Yat Kin in the first installment, he won the My Favorite Male Character in the TVB Anniversary Awards and the TV King title at My Astro on Demand Awards in Malaysia last year. With The Hippocratic Crush 2 currently airing, Kenneth was also chosen as TV King by his peers at the TVB Anniversary Gala celebration.

Kenneth said, “Of course, I’m happy that I won. I did not know that so many colleagues support me. I have confidence that I would win this year’s TV King but it’s alright even if I don’t win. I’ll try again next year!”

Asked who is his personal choice for TV King, Kenneth chose his Triumph in the Skies 2 <衝上雲霄II> co-star, Francis Ng (吳鎮宇), because he has learned a lot from him.

Lack of Continuity in “The Hippocratic Crush 2”

Continuing the successful track record of The Hippocratic Crush proved to be a challenge, as it would be necessary to offer continuity of the characters in the sequel. The storyline’s timeline began right after where the first installment ended, and the mannerisms of the characters should remain the same. Although the production team tried to be mindful of the details, viewers already started to point out inconsistencies.

“After receiving so many criticisms, I also see it as a good thing. At least there are people who noticed the drama. Regarding the many mistakes that people pointed out, I feel it’s a matter of different perspectives. Even doctors have their own opinions of the different illnesses,” Kenneth said.

He also understands that viewers might not have the same viewpoint. Kenneth elaborated, “After filming for so many years, I have noticed the gaps. When you think a drama is very good and the response will surely be fantastic, it may turn out the viewers think otherwise. And the drama which you think is average, the viewers’ response may be bigger than you expect. So you are not able to foresee.”

This year is also the first year that Kenneth ventured  outside of TVB to star a major role in a film. Although playing only a supporting role in a Jackie Chan (成龍)-produced Fate is a Game <緣來是遊戲>, he is already satisfied. Having spent more time filming in China, Kenneth finally saw the difference in filming methodology between Hong Kong and China. While he can direct his own acting in a TVB drama, he can only follow the director’s orders in a movie.

With the expansion of China’s entertainment industry, there are now international actors appearing in mainland productions. Language is not a barrier, as the voices can be dubbed. Kenneth shared that a former mainland co-star told him that with Korean, Japanese, and Chinese stars working together, the cast could not communicate in one language and often did not understand each other. “It was because everyone memorized their scripts well so that they were able to continue their [filming].”

In February, Kenneth will be turning 40 years old. While his family may not be anxious, his friends are concerned that he remains a bachelor. Selena Li (李詩韻), Sharon Chan (陳敏之), and other friends have tried to introduce him to women. Kenneth laughed, “Many friends asked if I met any passionate mainland Chinese girls. I also want to, but there really were none.” The only girls he met were his colleagues whom he was not close with. Although his career may be expanding, Kenneth may need to work harder on improving his romantic prospects.