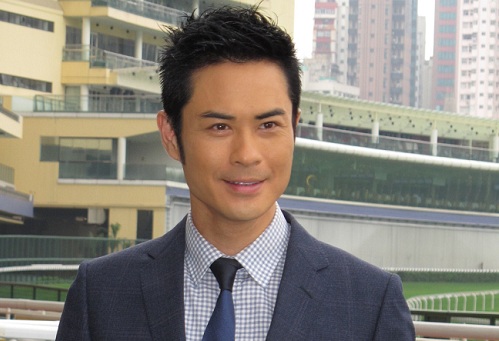 Although Kevin Cheng (鄭嘉穎) has announced that he is currently single and is not dating anyone, the media continued to rotate linking him to various women, including Charmaine Sheh (佘詩曼), Niki Chow (周麗淇) , and Christine Kuo (苟芸慧). Does Kevin truly not have any room for anyone in his life right now?

Recently, past rumored girlfriend, Charmaine Sheh, was asked in an interview if she would reunite with Kevin. Charmaine responded that the outcome would be determined by Heaven.  Asked to clarify Charmaine’s response, Kevin indicated that tabloids were making news out of nothing. Kevin said that he has not been in contact with Charmaine.  He added that people have a rich imagination and were too intensely  interested in his love life.

With plans to open his own production studio next year, Kevin wished to only focus on his work. Kevin’s current heavyweight role will be to portray the titular character in mainland Chinese drama, Ip Man <葉問>.

Several veteran actors have played the character of Ip Man including Donnie Yen (甄子丹), Tony Leung (梁家辉), and Anthony Wong (黃秋生) in movies.  However, Kevin was not afraid of comparison.  He was confident that his portrayal would be different due to the different format.  The previous Ip Man characters were filmed for movies, whereas his character would be set in a TV series.  Since TV series are longer in content, audience would be able to see the growth of Ip Man from his youth to a mature family man.

Kevin initially wanted to reinstate his music career later this year but the opportunity to film Ip Man was unexpectedly offered to him.  As the role will be a physically challenging one, he will work hard and try his best.  Knowing that his strength does not lie in martial arts, Kevin will place his efforts in learning Wing Chun.  On a daily basis, he would practice Wing Chun on a wooden stake in his room.

17 comments to Kevin Cheng Has No Contact With Charmaine Sheh