When Kevin Cheng (鄭嘉穎) and Grace Chan (陳凱琳) announced they are expecting their third baby in 2023, congratulations immediately poured in. Although it is an unplanned pregnancy, Kevin describes the new baby as “a gift from heaven.” The couple already knows the gender of the new baby, but Kevin remains tight-lipped and said Grace will announce it at a later time.

Although Grace seems to be past her first trimester, she has barely gained weight and only started showing a baby bump recently. Kevin said, “She eats a lot of sweets, and can eat cake for breakfast without getting fat!”

Blessed with two boys, Rafael and Yannick, Kevin is thrilled about their growing family. With Rafael turning 4 years old next February, he is excited to be a big brother again and cannot wait until his new sibling arrives. Asked whether Rafael prefers a boy or girl, Kevin said, “Either a little brother or sister is okay. He’ll find out then. If he has a sister, he’ll have to accommodate her in everything!”

Since the pandemic, Kevin prefers to work in Hong Kong to stay close to family despite higher paying jobs in Hong Kong. At this stage in life, Kevin will always prioritize his family first and is the happiest watching his children grow. “Sometimes the jobs in China can take four to five months; it’s hard to set aside such long periods of time” to be away from his family, Kevin admits. 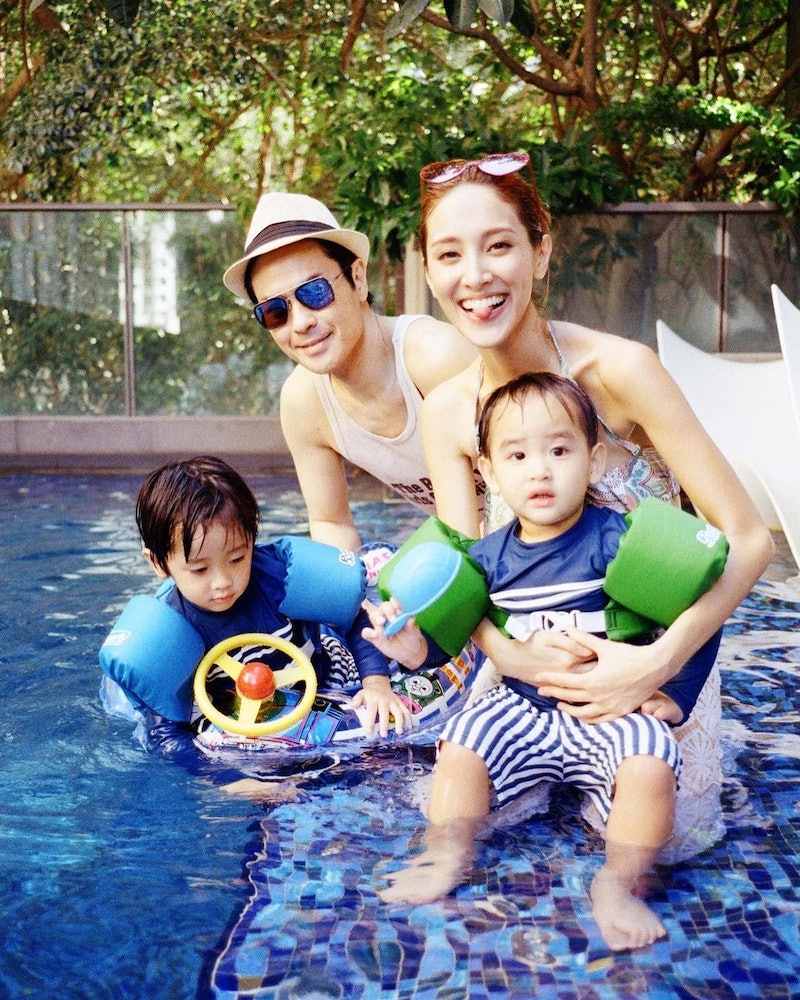 Kevin Cheng Believes “a Happy Wife is a Happy Life”