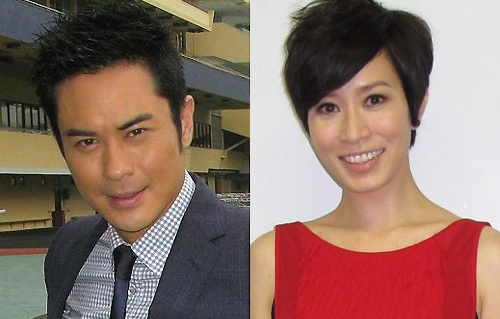 Gaining fame and wealth from a successful acting career in the mainland China, Kevin Cheng (鄭嘉穎) has been too busy to film any TVB dramas lately. Riding on Kevin’s popularity to attract more viewers, it was reported that 6 months ago, TVB executive Catherine Tsang (曾勵珍) and producer Tommy Leung (梁家樹) wished Charmaine Sheh (佘詩曼) to collaborate with rumored ex-boyfriend, Kevin Cheng, in the wuxia series, Cold Mountain, Hidden Dragon <寒山潛龍> next year. Kevin was supposed to play the role of the assassin, Ximen, and have a relationship with Charmaine.

However, Kevin refused the offer immediately after finding out that he would be playing opposite with his old flame, Charmaine. He allegedly told Catherine, “Are you joking? How can I be in the drama? If you really want Charmaine to be in the drama, you can find another actor. I will not be in it!”

Due to Kevin’s refusal to be in the drama, the cast and the script had to be altered immediately. Catherine was reportedly furious with Kevin for his lack of cooperation, slimming down his chances of winning the TV King award this year.

When asked about his chance of winning Best Actor Award for his performance in Gloves Come Off < 拳王>, Kevin replied, “I will face it with a playful attitude, because I am busy filming drama in mainland for the next few months. Without anytime to win over the voters, my favorite to win will likely go to Wayne Lai (黎耀祥).”

Kevin’s absence at the TVB Anniversary Gala and his hectic filming schedule in mainland will likely lead to zero TVB dramas for next year.

Kenneth Ma (馬國明) is taking advantage of the situation, as he will be starring in Cold Mountain, Hidden Dragon instead. Regarding rumors of Kevin’s refusal to star in the drama, Kenneth responded, “I didn’t even know that the role originally belonged to Kevin. I only filmed the promotional clip for the drama, so it’s not certain that I will star in it. I only know for sure that we will start filming The Hippocratic Crush 2 < On Call 36 小時2 > next February.”

When asked about Kevin’s refusal to costar with her, Charmaine said she has not even received the script and was unaware of his refusal. As for returning to TVB to film a series, Charmaine said, “No definite plan has been made for 2013. The cast, the script and the filming date have not been decided yet.” When the plans are finalized, Charmaine hopes that it will be a good surprise for everyone.

58 comments to Kevin Cheng Refuses to Costar With Charmaine Sheh?