Meanwhile, Young Seo finds herself attracted to Tae Mu’s secretary Cha Sung Hoon (Kim Min Gue). When Young Seo stands her ground against her father’s blind date arrangements, she moves out to be “financially independent” and ends up being next-door neighbors with Sung Hoon. She is frustrated when he blatantly distances himself, but she does not give up the chase….

Offscreen, In Ah and Min Gue are just as compatible. Playing a balance game in an interview, Min Gue and In Ah displayed matching answers. In the first question on whether they would choose “a lover who is obsessed with work or a lover obsessed with love,” both chose the former. In Ah explained it was because “people focused on their work are attractive.” Min Gue said, “It’s better to give each other space to focus on work, as excessive love may interrupt the other’s life.”

The second question asked if they preferred to “reveal or not reveal a relationship in an office romance” and both chose to not reveal it. In Ah wants it to be a mystery while Min Gue said, “If we quarrel, then it can become other people’s gossip.”

While the two made the same choices, their different reasons were entertaining to watch. Fans can look forward to more of their interactions in A Business Proposal, which releases new episodes every Monday and Tuesday. 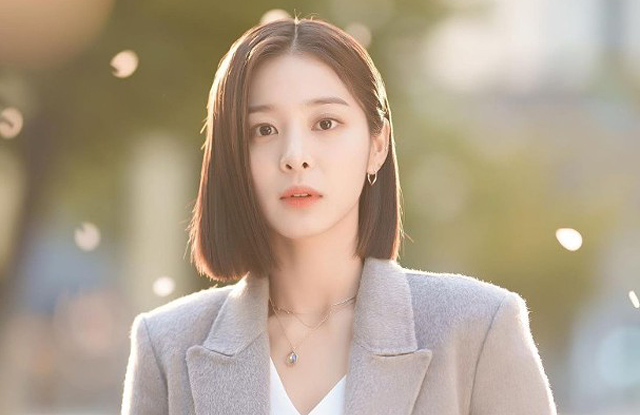 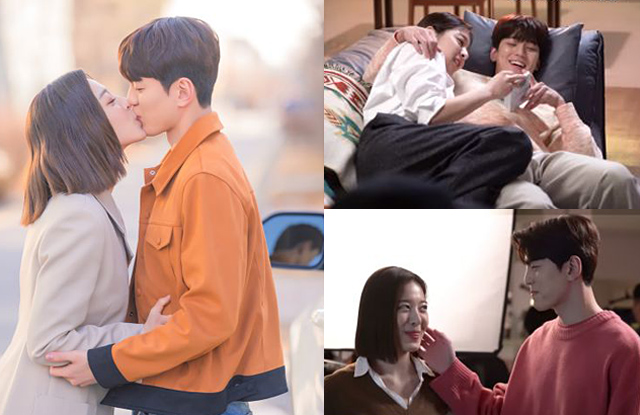