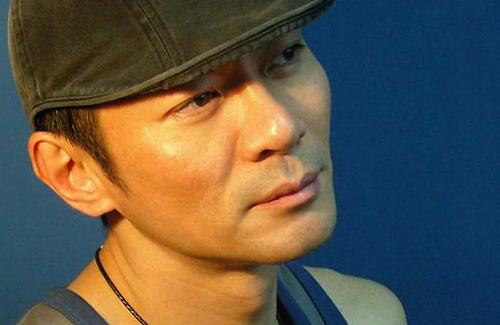 Fifty-year-old actor, Kong Wah (江華) began his acting career in 1986 with ATV. Moving later to TVB, Kong Wah  became known for his excellent portrayal of emperors in many popular TVB historical dramas. Kong Wah is also remembered for his stage imitations of Andy Lau (劉德華), who jokingly praised Kong Wah as someone who does Andy Lau better than Andy himself! With Kong Wah’s incredible charisma and brilliant acting, he has been deeply missed by audiences since his 8-year acting hiatus.

Since filming 2004’s The Conqueror’s Story <楚漢驕雄>, Kong Wah has entered semi-retirement. He left TVB because he was disappointed with the company producing the type of series one after another. Growing tired of playing roles with no substance, Kong Wah decided to take a break from his TV career.

Since then, Kong Wah and his wife, Mak Kit Man  (麥潔文), whom he married in 1992, have been living a quiet life away from the limelight. Converted to Christianity with his wife, Kong Wah has acquired a greater inner calmness and ability to let go of things easier. Kong Wah revealed, “We don’t watch TV as we don’t even have a TV at home.”

For the past few years, Kong Wah’s involvement in the entertainment industry has been limited to performing with his singer wife in occasional concerts. The couple is still very loving and enjoys spending time together. Kong Wah said, “The tours are a great way to earn money and take our honeymoon the same time. Talk about killing two birds with one stone!”

Back in the Game

At a concert, veteran singer Sandra Lang (仙杜拉) told Kong Wah, “You are so selfish to hide yourself away. God gave you such a great talent, so you should not waste it!” He was touched by her comment, which stirred his desire to make a comeback in the TV industry.

Kong Wah has a different perspective about his TV career now. He said, “I am acting because I love it.”  Kong Wah said he is open to work for any TV station as long as the script is well written and the cast is easy to work with.

Last week, Kong Wah, Nathan Chan (陳庭威), Pat Poon (潘志文), and Gilbert Lam (林韋辰) dubbed as “ATV’s Big Four” appeared as guests at the 55th ATV Anniversary Gala in Shenzhen. It was reported that Kong Wah’s singing segment was the only highlight of the long and laborious show.

Despite ATV’s recent ratings decline, Kong Wah feels that the station has a chance to survive. Instead of importing dramas, ATV should make it their number one priority to produce good quality TV series in order to earn back their popularity and respect.

As he has been in the TV industry for many years, Kong Wah understands that a TV company’s ultimate goal is to make money while having a limited budget for producing TV series. He remembers while filming the TVB historical drama The Conqueror’s Story in 2004, producer Lee Tim Shing (李添勝) had to cut costs when filming a war scene that was supposed to involve thousands of soldiers and horses battling. However, the end result just showed Kong Wah fighting Adam Cheng (鄭少秋).

After being absent for eight years, Kong Wah still has many loyal fans who has not forgotten his memorable TV performances, including his role in The King of Yesterday and Tomorrow <九五至尊>. Many fans still discuss his TV dramas and look forward to his return. Kong Wah is very happy that he has not been forgotten. “I am very sorry to the audience,” Kong Wah apologized and said that he hopes the audience can see him on TV very soon.