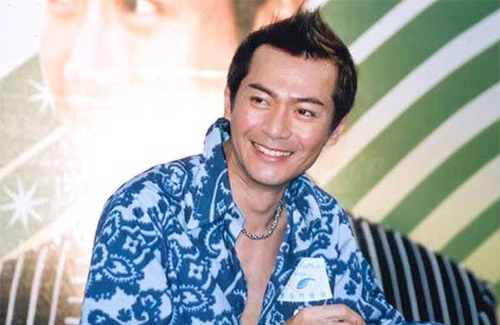 After shooting the 2009 period drama Life in Nanyuan County <跟紅頂白大三元> in Mainland China, Kong Wah (江華) went on hiatus. The former TVB star suffered depression following a waist injury he sustained many years ago and has remained low profile ever since.

Although Kong Wah has mostly recovered from his physical and mental trauma, he has no intentions to return to his acting career. It was discovered recently that the 52-year-old is currently working as a life insurance agent, and was spotted attending a seminar.

The former actor admitted in a later phone interview, “I’ve been doing insurance lately. There are many things that we can do in life, and it’s good to try and experience them. However, I am only doing this for fun. I’m treating this as a learning experience. I’ve been working as a life insurance agent for about three months now. I’ve been to Mainland and discussed about the investment of an upcoming film.”

On why he decided to change careers, Kong Wah said he had stayed quiet for too long and needed to try something new in his life. “I had many ‘first-times’ with this new experience,” Kong Wah said with a laugh. “It’s my first time passing out business cards. I never did that before. When I was still in acting, I was usually the one getting approached. Now I have to approach others. It’s very interesting.”

Working in insurance has allowed Kong Wah to meet more people and learn more about communication. Asked if he will return to acting, he said, “Nowadays, I am no longer that interested about performing on screen. Unless I come across a good script and production team, I don’t think I will go back. Now, I am actually more interested in doing the planning. We currently have a very strong team working on a new film. If we can find a suitable investor, the film will start production.”

Kong Wah declined to reveal his sales results. “No comment. I am only doing this for fun. I actually want to meet new friends. A friend once told me that he would buy one of my plans to support me, but if you’re only buying it to help me out, then I don’t want that sympathy.”