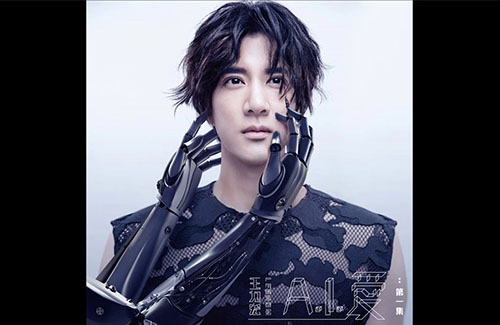 After taking two years off for his film career, Mandopop king Leehom Wang (王力宏) is back with a new all-new studio album, which he will be releasing in two parts. The first episode was released on September 15 with the singles “A.I. Love” <A.I.愛> and “World Without Tears” <沒有眼淚的世界>. The second episode will be released on October 13.

“A.I. Love” is Leehom’s first comeback single in three years.  The single, an electropop dance song, had very mixed responses when it was first released. Perhaps best known for his love songs that are karaoke-friendly,  “A.I. Love” is an EDM song that is questions the humanity in a world of technology rather than love. Netizens were highly divided on their thoughts about the song, with some praising it, others criticizing it. Netizens who dislike the song said they rather Leehom go back to writing “successful” love songs.

The music video, which was released on September 19, also brought in mixed responses, which broke comment sections on social media.

Nonetheless, the 22-year veteran is bringing in mass support from fans and fellow singers alike. Malaysian rapper Namewee dedicated a post on social media to congratulate Leehom on his latest release and supported Leehom on his change in musical direction. He added that he looks forward in listening to the entire album, and urges fans to do the same.