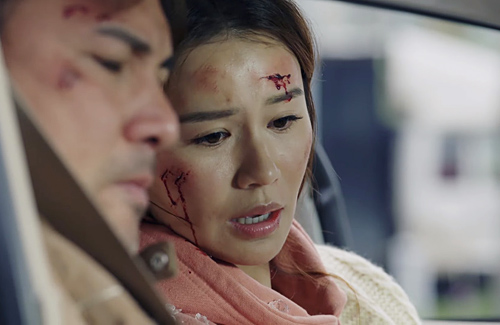 TVB drama Life After Death <那些我愛過的人> pulled in impressive ratings in its final episode, peaking at 31.9 ratings points and averaging at 29 points. The drama’s popularity was evident, generating 21 million online views for all of its episodes.

Audiences were slow to warm up to Life After Death initially, as the drama had a rocky start with its premiere week averaging only 25.9 ratings points. This was one of the worst premieres among recent TVB dramas. However, with its moving storyline and solid performances from the cast, the drama was able to successfully build its viewership.

During its final week of broadcast from the period July 6 to July 12, Life After Death averaged 28 to 29 points, and beat out even Death By Zero <殺手>. The latter broke a three-year record to become the ratings king for the 9:30 p.m. drama time slot in its premiere week. However, compared to Life After Death’s finale week ratings, Death by Zero was only 27.9 points and declined by 2 points compared to the prior week.

TVB’s long-running sitcom Come Home Love: Lo and Behold <愛·回家之開心速遞> maintained its steady ratings and averaged 25.8 points with a slight increase of 0.2 points from last week. Ratings are projected to continue rising as more people are staying at home due to the worsening COVID-19 situation in Hong Kong.

The re-run of The Last Breakthrough’s < 天涯俠醫> finale averaged 6.3 points with a high of 6.4 points, while the re-run of The King of Yesterday and Tomorrow <九五至尊> received 6.5 points. Variety show Do Did Eat < Do姐有問題> averaged 18.7 points with an increase of 0.5 points from the week prior.

7 comments to “Life After Death” Finale Brings in High Ratings