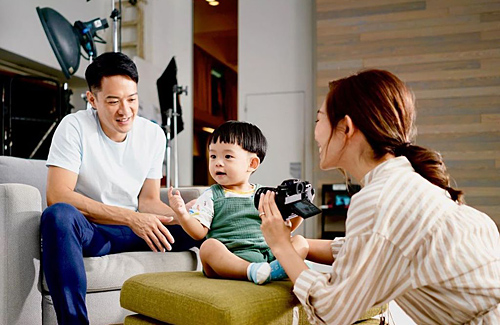 After leaving TVB last year, celebrity couple Jason Chan (陳智燊) and Sarah Song’s (宋熙年) YouTube careers are thriving. Each artiste is reportedly bringing in $150,000 to $200,000 HKD a month, which is higher than their previous TVB earnings.

The couple’s lifestyle channel on YouTube, Sarah & Jason, has managed to garner over 110,000 subscribers. With the couple speaking fluent English and Cantonese, the videos are a mixture of both languages. On their channel, they share daily vlogs of their life together along with their one-year-old child Damon, as well as product, food, and travel recommendations.

Besides their YouTube careers, both are also sought-after MC hosts at events. When asked if his current income is indeed higher than his previous TVB earnings, Jason didn’t directly confirm the numbers, but admitted that their earnings were in the ball park of the reported figures.

Although Jason was initially worried about work opportunities after leaving TVB, he feels very fortunate to have YouTube, hosting jobs, as well as musical performances as multi-revenue opportunities. Jason revealed that Sarah is currently a host on a Hong Kong television program, while he is now in talks with ViuTV for future job opportunities.

Jason Chan Reflects on his Decision to Leave TVB