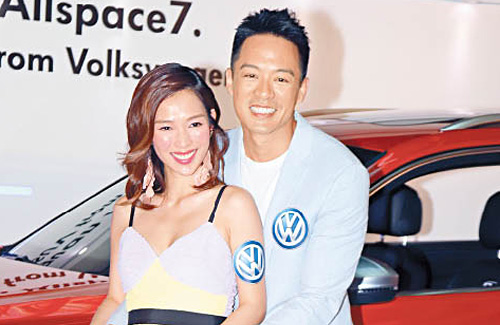 After spending 12 years at TVB, Jason Chan (陳智燊) announced that he will be leaving the station after his contract ends.

Starting his career over a decade ago, Jason was virtually unknown to viewers until taking part in the modern sitcom, Be Home for Dinner <誰家灶頭無煙火> as the second male lead. Jason began receiving more opportunities, including his first role as leading actor in Missing You <幸福摩天輪> opposite Linda Chung (鍾嘉欣).

Although he has been promoted as a leading actor in the last couple of years, especially while TVB has been consistently losing many of its key stars, Jason has yet to receive any recognition for his work. Denying that the lack of award is what drove him away from TVB, the actor expressed his gratitude for TVB.

Jason said, “A lot of people have been asking me and I don’t want everyone to start randomly speculating anything. I want to take this opportunity to thank Ms. Virigina Lok (樂易玲), Sandy Yu (余詠珊), and Catherine Tsang (曾勵珍). I never received an award so I never got the chance to thank them on stage – but it’s very important that I thank them. It’s all because of TVB that I got a chance to film and become a host.”

Growing up in England, Jason said he will focus on growing his career in Mainland China, Malaysia, and England after his contract ends. Although he understands the competitiveness of those markets, the actor said his mind is open to try out new things, such as theater or movies.

On how he will juggle his career while his wife, Sarah Song (宋熙年), is pregnant, Jason said although there is pressure to provide the best for Sarah, he is not too financially worried. Stressing that TVB will always be like family, Jason said Sarah will still be working with TVB and does not plan on leaving her job anytime soon. Jason expressed, “The company is very important to her and her job is very stable and comfortable. Plus, they love her there. [Did the company convince you to stay?] They’ve all talked to me about it, and I know Ms. Lok, Sandy and Catherine really like me. But I’ve thought about this decision in great detail already.”