With the return of the Wing Chun grandmaster in theaters on December 20, the 10-year classic Ip Man <葉問> series will come to an end. In long-awaited fourth installment, Ip Man 4: The Finale <葉問4>, Ip Man, played by Donnie Yen (甄子丹), takes Chinese Kung Fu to the United States to show westerners what it’s all about.

The story follows Ip Man, who goes abroad to visit his apprentice Bruce Lee and to search for a school for his son. Gradually, Ip Man finds out local life is not that ideal because unjust events happen on the daily. He inadvertently gets involved in the conflict between the Chinese martial artists and the Westerners when the military general seriously injures the masters. The incident forces Ip Man to realize his original intentions of learning Wing Chun and to step up to fight for justice.

As the finale of the series, it is said that this movie will feature Ip Man in a life or death battle. According to the story outline, “Behind this journey, Ip man is facing the topic of aging and dying: how can the spirit of martial arts live on after someone dies?”

Ip Man 4 may show the last stages of the grandmaster’s life, painting the perfect ending to the series. Also, in the latest trailer that was released today, it shows that there will be a reenactment of Bruce at the 1967 Long Beach International Karate Championships. The scene shows Bruce, portrayed by Danny Chan (陳國坤), causing his opponent to fall back onto the chair with one punch from a distance. The cinematography and choreography made the fighting scenes very attractive. 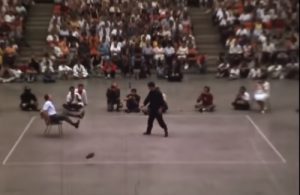 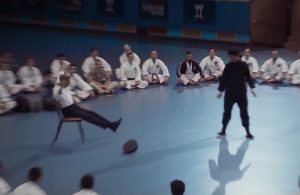