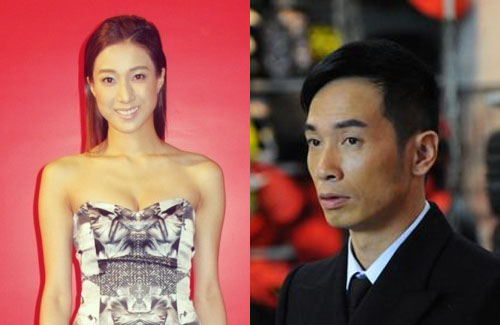 As 2013 is quickly coming to an end, over 200 artists were seen at the annual TVB Sales Presentation in promoting dramas for the upcoming year. During the program presentation, many actresses wore low-cut dresses in order to catch the eye of sponsors. And while it was revealed that many artists’ compensation for functions and events dropped, Linda Chung (鍾嘉欣) managed to surpass Myolie Wu (胡杏兒) in commercial value. Riding on the potential TV Queen momentum, Linda’s show price doubled from $60,000 HKD to $120,000 HKD.

Although TVB’s current favourits, Myolie and Kate Tsui (徐子珊) are right behind Linda in earnings, coming in at $100,000 HKD and $80,000 HKD per show respectively – the most notable actress they should look out for is Eliza Sam (岑麗香). In the short time span of three years, the goddess more than tripled her earnings, and is currently reaping in $70,000 HKD per job. Surprisingly, Christine Kuo (苟芸慧) did not even make the list, evidently having been affected by her recent overweight predicament.

Sire Ma (馬賽), who originally would have made the list, drastically received a drop in compensation due to her exposed lesbian scandal with Wang Ziqi (汪子琦). Along with Sire, many of TVB’s rumor magnets and actresses who mostly rely on sex appeal, such as Samantha Ko (高海寧), Koni Lui (呂慧儀), Whitney Hui (許亦妮), and Tracy Ip (葉翠翠) were all replaced with fresher faces like Rebecca Zhu (朱晨麗), Jacqueline Wong (黃心穎), and Tracy Chu (朱千雪).

While Linda is considered the top female earner, her salary per appearance does not even stand close to what Moses Chan (陳豪) receives. In first place, his sky-high price is at $200,000 HKD per event, closely followed by Raymond Lam (林峯) at $180,000 HKD and Kevin Cheng (鄭嘉穎) at $160,000 HKD.

Ruco Chan (陳展鵬) managed to make the cut this year after his dramatic performance in Brother’s Keeper (巨輪), earning $100,000 HKD per event. Having been in the industry for over 18 years, his continual hard work finally caught the eye of many companies.

Rising fast after his well-received work from Tiger Cubs <飛虎> and L’Escargot <缺宅男女> Oscar Leung (梁烈唯) proved his worth as he came in tenth place.

There are a number of new faces on the list of top-earning artists. It seems as though the current trend to successful self-selling is by possessing a clean and goddess-like image, as nearly half of the actresses fall into this category.