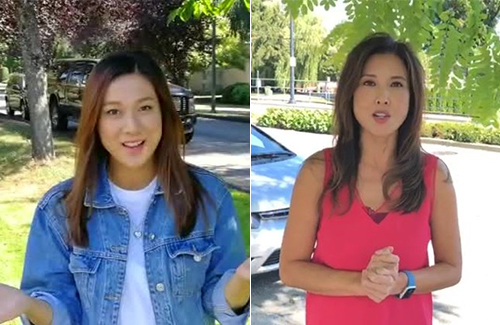 With Another Era <再創世紀> coming to television screens in less than a day, the cast of the TVB drama has made it their duty to promote the show as best as they can, including new mother Linda Chung (鍾嘉欣).

Linda, who is residing in Vancouver, gave birth to her second child, a baby boy, earlier this month. Currently in her first postpartum month, Linda could not make it to Hong Kong to do the promotional tour. Instead, she filmed a video to fulfill her dues—in the video, she thanked her costars and congratulated the show for its premiere. 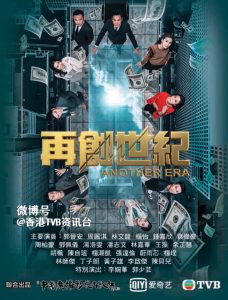 In the video, which was shot in a Vancouver neighborhood, Linda said, “I had to secretly come out because I am sitting the month! I am very honored for the opportunity to be able to take part in Another Era. On the show, I play a character called Janice, who has many dreams for the organic industry and the green business. I hope to be able to protect Earth, and I hope to make this world even more beautiful. Of course, as these characters from the financial industry deal with their own inner demons, my character is responsible for bringing a little bit more kindness and positivity to everyone.”

All of Linda’s scenes were filmed in Vancouver. Because of the birth of her oldest daughter Kelly, it’s been over a year since Linda last filmed a TV drama. “I also want to thank Frankie Lam (林文龍),” she said. “12 years ago we worked together on Forensic Heroes <法證先鋒>, and now both of us are parents. I’m so happy for the opportunity to work with him again. He was very patient with me, trusted me, and gave me a lot of encouragement.” A child’s giggles were also heard behind the camera—perhaps it was Kelly!

Retired TVB actress Anita Lee (李婉華), who resides in Vancouver as well, also filmed a short clip to promote the show. “Hello, viewers! I am Anita Lee. It’s been a long time! I’m very happy that I got a chance to make a guest appearance on Another Era. Thank you to the producer for giving me this opportunity. [Also thank] Linda Chung and my old friend, Frankie Lam. It’s really been over ten years since I last filmed something. We shot all our scenes in Vancouver, and I hope you will all get to know Vancouver better once the show premieres!” Anita’s last television series was the ATV drama No. 8 Bus <8號巴士站站情>, released in 2004.