Louis Fan’s Career in Jeopardy Due to Infidelity Rumors 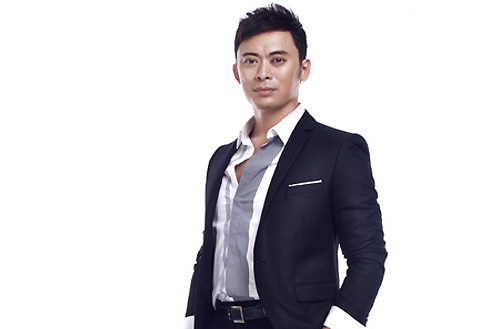 Negative rumors bombarded the couple after Louis Fan (樊少皇) and JJ Jia (賈曉晨) announced their relationship to the public. Tabloids claimed that Louis was married with two children – a 15-year-old daughter and a 10-year-old son – when he began to pursue JJ. Louis later had to issue an 800-word press statement clarifying that he and his longtime girlfriend, the mother of his two children, had already separated long ago. Louis insisted that JJ is not the third party and debunked her “homewrecker” allegations. JJ also clarified that she already knew about Louis’ past relationships, and voiced out her support and trust in Louis.

However, tabloid reports did not stop there. Recently, it was reported that Louis is currently dating his female assistant, bumping down JJ from the third party to the fourth party! Reports also claimed that Louis had a mainland Chinese girlfriend before pursuing JJ, and also purchased a big house for her in mainland China.

As soon as these allegations surfaced, Louis immediately clarified them through an interview with Oriental Daily, “It’s true. Before I met JJ, I had a girlfriend in the mainland. When I purchased the property I wanted to mortgage it, so I registered it under my girlfriend’s name. When we broke up she refused to transfer the name back to mines – I did not buy the house to pursue her like what those tabloids are claiming!”

Louis also begged the press to not bother his two children, who are currently residing in Hong Kong.

Louis and the cast of Nicky Wu’s (吳奇隆) The Bride With White Hair <新白发魔女传> were scheduled to record an episode for Hunan TV’s most popular entertainment program, Happy Camp <快乐大本营>, on August 27th. However, due to Louis’ recent scandals, the producers decided to cancel Louis’ appearance on the show. The mainland Chinese press also speculated that Louis’ career in the mainland may be impeded from further advancement and success due to his infidelity rumors.

However, Louis insisted that the cancellation was because of a schedule clash. Currently busy filming for mainland drama, Clear Midsummer Night <盛夏晚晴天>, Louis said he could not accommodate his schedule for Happy Camp.

JJ refused to answer any more questions regarding her relationship with Louis, and was absent at the Ghetto Justice 2<怒火街頭2> finale banquet on Saturday evening.