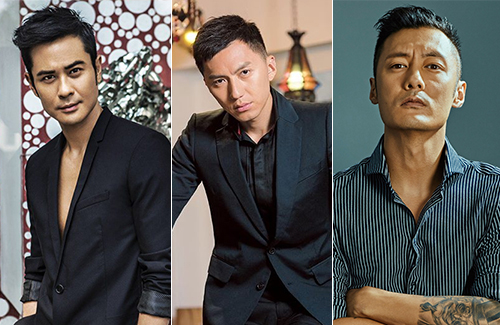 According to Chinese astrology, the year of one’s own zodiac is the most unlucky year. Master Mak warned Kevin, Benjamin, and Shawn to watch out for their health and safety. “If they need to do action scenes, such as riding horses or doing car chases, they have to be extra careful. They’ll get injured easily! Also, rooster and metal do not mix well. They need to be careful with cars!”

As for the luckiest of the three men, Master Mak immediately pointed out Benjamin. “Benjamin was born in the year of the Golden Rooster. He is also Earth, and was born on the month of Fire. That gives him a bit more luck.”

As for Kevin, Master Mak said his relationship with Grace Chan (陳凱琳) will continue to be stable. Master Mak encouraged Kevin, born in the year of the Earth Rooster, to settle down as soon as he can. “He’s entering an important year, and that is to decide whether or not he’ll get married. If they’re not meant to be, it’s time to leave! There may be a breakthrough in Kevin’s relationship this year.”

Master Mak said both Kevin and Shawn are suitable for careers in Mainland China. She explained, “Kevin is Water, and Shawn is Wood that floats on water. They’re both very suitable to work overseas. They’ll bring their fame back home, and become stronger.”