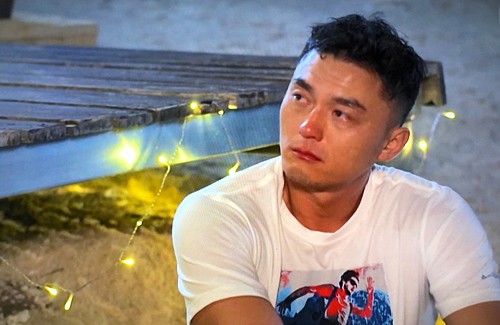 Hong Kong and Malaysian collaboration, Walking With You <仨心友行> took on an emotional turn as the cast revealed vulnerable times they faced in their early adult lives. In the latest episode of the travel program, Mat Yeung (楊明), Samantha Ko (高海寧), Sharon Chan (陳敏之), and Grace Chan (陳凱琳) were seen sipping wine at a Malaysian beach while they shared heartfelt conversations. Breaking down into tears, Mat recalled the horror he felt when his youngest uncle had committed suicide 20 years ago.

After the episode was released, the press immediately contacted Mat regarding his uncle’s death. Mat was very close to his uncle, who was only six years older than him. Since his uncle worked near Mat’s home, he would often stop by during lunch break to share meals together. Mat said, “One day after school, Dad suddenly told me that my uncle had committed suicide by jumping off a nearby building.”

Shocked and grieved, Mat said, “There was a period where I was very angry at him because he left without notice. There were eight years when I couldn’t visit his grave; besides the fact that I was angry, I was too scared to see his grave. I was too devastated, but now I am starting to let go. I thought I was better and wouldn’t be sad anymore as so many years have passed, but I am crying again now.”