Mat Yeung Wants to Get Married Before 40 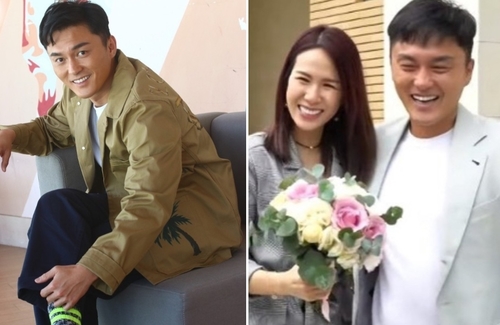 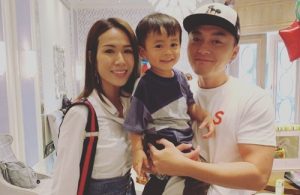 In Airport Strikers <機場特警>, 39-year-old Mat Yeung (揚明) plays the muscular airport police officer Easy. Still able to maintain his current physique, he revealed in an interview that he hopes to marry his longtime girlfriend Lisa Ch’ng (莊思明) before he turns 40.

“I hope to get married before I become a 40-year-old uncle,” Mat expressed. “Hopefully, it will be soon. I know for certain that we will immediately have children after marriage because we love kids. But first, I need to adjust my mentality because I am quite silly.” 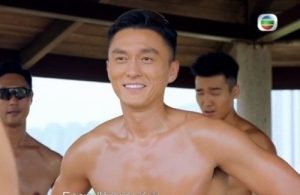 He added that he needs to keep his body healthy given his age. Mat shared that he was on a strict diet for four to five months to prepare for his role in Airport Strikers, but he gave himself a cheat day from time to time. He said, “It is really hard to train for bigger muscles. I ate chicken breast that tasted like erasers. They were flavorless and dry. Sometimes I ate a chicken leg after work when I didn’t have enough energy. It was so satisfying, but I immediately regretted it after I ate it.”

Mat trained together with Airport Strikers costar Owen Cheung (張振朗), and they quickly bonded despite it being their first collaboration. “We have a lot of chemistry. The minute we started working together, the fire was lit. He is like a little brother,” Mat shared.

He Hopes His Soup Business Can Last

As for his soup business, Mat revealed he lost a lot of sales due to the coronavirus. However, he feels fortunate that the government was able to subsidize during this difficult time, and the landlord was willing to lower his rent. The actor hopes his business can last for another six months through take-out orders.

He said, “I have done other businesses in the past, but this time, I have been given a huge obstacle that I hope I can conquer.”

3 comments to Mat Yeung Wants to Get Married Before 40