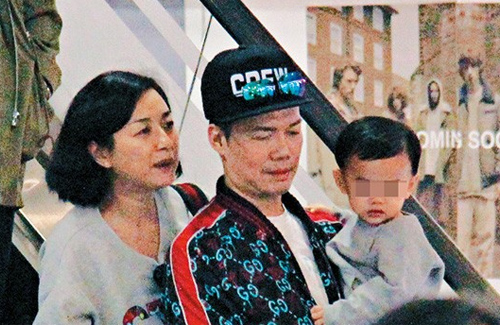 Ever since his contract ended with TVB in 2013, Michael Tse‘s (謝天華) fortune grew exponentially after opening up his own company, Laughing Workshop, and entered the Mainland Chinese entertainment market. Having spent fruitless years at TVB, Michael finally gained recognition after his breakout role Laughing from E.U <學警狙擊> in 2009. However, hoping to gain more opportunities in China, Michael ultimately decided to open up his own studio. After the arrival of his son in 2015, Michael began working on daring reality shows such as Survivor Games <跟著貝爾去冒險> a Chinese version of the popular Man vs. Wild program in America. In the show, Michael was seen drinking urine and eating various creepy crawlies in the wild.

Although many felt disgusted by what Michael ate on the reality show, the actor’s popularity grew and earned him movie, series, and sponsorship opportunities. On top of his work in China, Michael had a variety of shows in Hong Kong in the recent years, including his Young and Dangerous <古惑仔> tour with buddies Ekin Cheng (鄭伊健) and Jordon Chan (陳小春), and musical play The Storm Show <風雲5D音樂劇>. With his well-paid projects in the last few years, Michael was able to collect over $50 million HKD worth of properties.

Although his net worth has grown since working in China, Michael has curbed his late-night clubbing habits. Instead, Michael likes to spend his days off with his wife and son, often playing the role as chauffeur rather than going back to his old partying habits. When he is not out with his family, Michael prefers having some simple alone time at the mall and driving around the city.