Though Rhododendron was filmed in 2014, some instances from filming were still fresh in Michelle’s mind. One scene in particular stood out: “I was supposed to block a bullet for Monica Mok,” she shared, “but the bullet ended up hitting my buttocks. I had to lie on the floor for an entire day, and it was very wet and cold…. It was an extremely big challenge for my physical strength.”

Another challenge while filming Rhododendron was due to the fact that Michelle insisted on filming all of the war scenes without the use of a double, even if she was just a background character in that scene. Although this may have caused her unnecessary trouble, her attitude helped her gain the admiration of her fellow cast members.

Set in the province of Jiangxi during the Chinese Civil War, Rhododendron follows the story of bold peasant girl Chen Manjin (Michelle Ye), who becomes a valiant warrior after rallying under the cause of the Red Army. During her time in the army, she befriends Cai Fu (Monica Mok), the daughter of a landowner; Ni Zhihui (mainland Chinese actress Tian Hairong 田海蓉), an intellectual girl hailing from Shanghai; and Xuan Yi (mainland Chinese actress Huang Xiaolei 黃小蕾), a female who previously assisted the Red Army.

The four friends go their separate ways on the eve of the Long March in 1934, but the storyline of Rhododendron continues through the liberation of Shanghai in 1949 until the induction of the Chinese Economic Reform program in 1978, when the four females are reunited as elderly women.

Not Planning to Marry Boyfriend Soon

During a press conference for Rhododendron on March 17, Michelle was seen flaunting her diamond ring, which was a birthday and Valentine’s Day gift from her beau, Mr. Little Mo (小默先生). However, when asked if the two were planning on getting married soon, Michelle expressed that they were not and stated that they were enjoying the happiness of being in love.

“I feel like women don’t necessarily have to get married in order to be happy,” Michelle explained. “I’m very happy with my current situation…. Love and marriage are a part of life, but happiness does not consist only of that.” 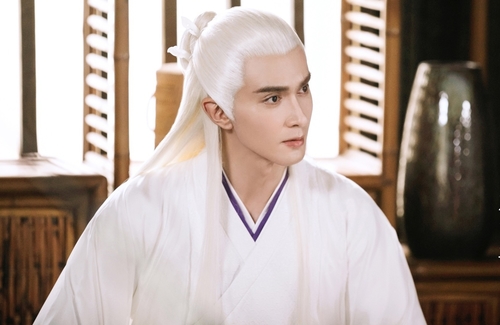 Vengo Gao often heard laughter on the set of “Eternal Love of Dream” because the cast and crew were all so close with each other.