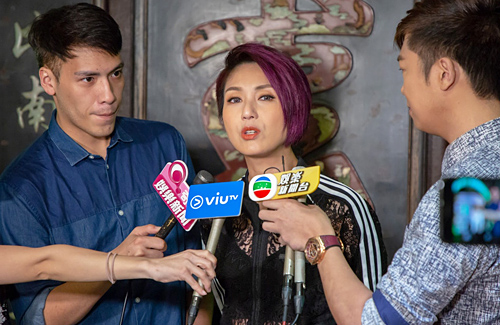 In a recent thank you banquet for the premier of I’m Living It, Miriam admitted that she has been late to filming, but never more than half an hour. She recalled, “I clearly remember it didn’t happen more than three times and every time I knew I would be late, I made sure that my assistant contacted them. But sometimes I don’t know when I’ll finish filming or if there’s traffic along the way, so I usually contact them two to three hours prior.”

Miriam also explained that she was late because she had a doctor’s appointment, which she claimed is necessary to work in best shape. She would constantly post on Instagram to keep everyone updated and believes that the most important thing is a good end product.

As the other lead in this dispute, Alice Chan also responded to these reports, “I don’t know how these rumors started, but I believe Miriam is a very professional actress. She is working very hard in both of these dramas and I really admire her for that.”