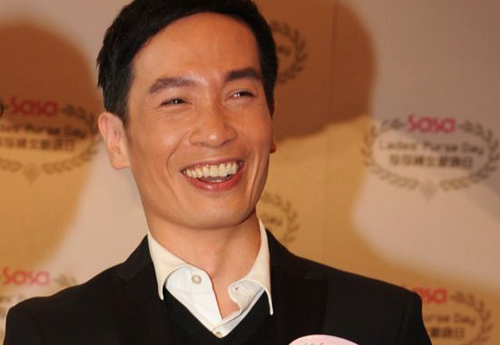 Despite Kevin Cheng’s (鄭嘉穎) continued popularity and pulling strong ratings in Ghetto Justice 2 <怒火街頭 2>, he may have to move aside for Moses Chan (陈豪) in this year’s TVB Best Actor Award race.  TVB may have set the stage for Moses’ impending win with several factors playing in his favor. Moses’ next TVB drama, The Last Steep Ascent <天梯> produced by Lee Tim Shing (李添勝) is set to broadcast in September.  With this drama airing at such an opportune time, Moses Chan has a good chance to become TV King!

In a telephone interview, Moses was asked if he is fighting to become TV King. He said, “I really haven’t thought about awards.  It is not something that I can plan. It’s too premature to even contemplate it!”  Regarding his confidence in the award, he simply replied, “It’s the same.”

Asked which actors were his competition, Moses said,  “Kevin is okay.” Moses added that he was unafraid to be compared to Kevin, “We are colleagues and friends, so I don’t mind the comparison.  The more talent a company has the better!  There’s enough room for everybody to flourish.  I also don’t mind if somebody is better than me.  It just means that I have to work harder!”

Even if Moses does not win the TV King award this year, he is already a financial winner.  It was estimated conservatively that Moses had already earned $30 million HKD this year from seven commercials, stage events, promotional events held at malls, as well as fees from filming dramas.

Recently, Moses earned an additional seven-figure sum from a real estate advertising event.  Although he had just finished filming, Moses still looked refreshed while appearing at the function.  He entertained the audience with magic tricks and juggled lemons.  As an inexperienced drinker, he even participated in wine tasting which caused his face to become extremely flushed.  In the last scene, he was required to go into the water.  With slim opportunities to go into the water during filming, Moses said that he enjoyed the experience.

Currently Working Hard to Get Married

Asked if he had indeed earned $30million dollars,  Moses laughingly said, “It’s just a figure. I won’t talk about the actual numbers.”  When asked how Moses would sustain his wealth,  he responded, “Buying real estate is the most practical, but timing is also important.”

Asked if he is purchasing a big house so he can get married,  Moses replied, “Thank you for all the wishes.  I also hope to, but I’m currently working hard on it.”  Was he working on his proposal? “I never said that.  Just know that I’m working hard. Ha Ha!”