Myolie Wu to Sign Nancy Wu Under Her Own Studio? Nancy: “That’ll Be Great” 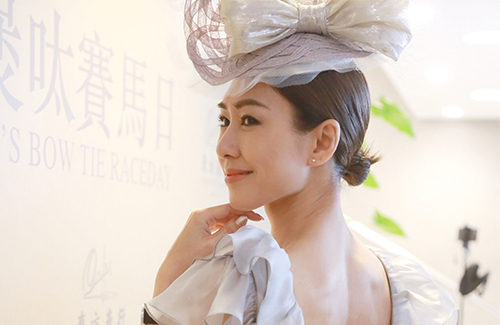 Rumors say that Myolie Wu (胡杏兒), who just terminated her contract with Stephen Shiu, Jr. (蕭定一), has plans on establishing her own production studio with the intention of signing her close friends of the “Nonsense Club” (胡說八道會), including Nancy Wu (胡杏兒).

At a fashion event she attended on Sunday, Nancy addressed the rumors in a humorous way, exclaiming that she is ready to call Myolie her boss. “After hearing that rumor we’ve all been telling Myolie to sign us right away!” she said. “Though honestly, we’ve never talked about it and we’ve never asked her about it. We just know that she has ended her contract with her previous agency, and I am sure she is thinking about what to do next for her career. We’re not worried for her at all. We actually still all go to her for advice.”

In regard to the speculation that she would be leaving TVB soon, Nancy laughed and said, “I still have some time left in my contract with TVB. Don’t be so worried. I haven’t thought about jumping out of the ship yet.”