Despite being deemed as the “best girlfriend” due to her toleratant ways, Natalie Tong (唐詩詠) has not had the best luck in love. Following an on-and-off relationship with Amigo Chui (崔建邦), Natalie then dated Tony Hung (洪永城), but broke up a mere two years later. Currently 38 years old, Natalie’s love life has been relatively quiet. However, she is most recently rumored to be dating a man named Samuel Chan (陳思銘), who works in the education field. Due to his good looks, the 32-year-old man is considered to be Leehom Wang (王力宏) of the educational field.

The rumors began circulating last year, when sharp-eyed netizens noticed that Natalie and Samuel’s travel photos often coincided with one another’s on Instagram. It is alleged that the couple has taken their relationship underground to avoid public attention.

Furthermore, they have already taken their love to the next level and are cohabiting, as reporters spotted Samuel leaving Natalie’s home. Perhaps fearful of another relationship deteriorating under public scrutiny, Natalie has continued to refute the rumors and claim that she and Samuel are only friends.

When reached for comments recently, Natalie professed, “I have responded to this matter many times. We are only friends. I think perhaps I really am too boring of a person. So boring that the media has to dig up and use old photos for news. The Man Who Kills Troubles <解決師> is airing its finale this week. Hopefully these types of baseless rumors can be put to rest too.” 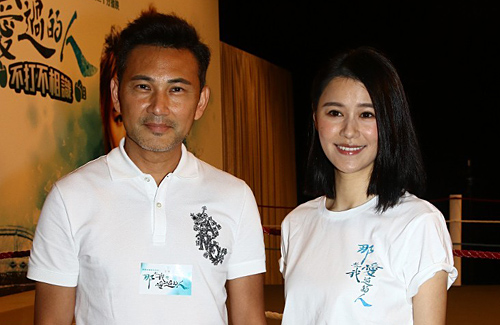