Nicholas Tse and Edison Chen are Both Attracted to Janice Man 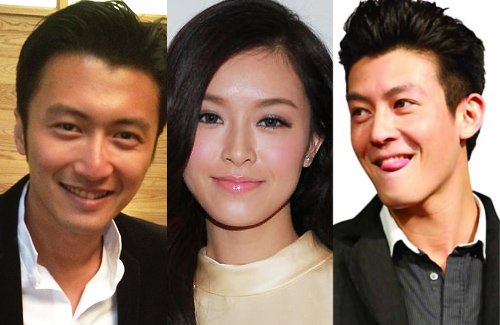 Edison Chen (陳冠希) is once again caught up in another rumor involving his love rival, Nicholas Tse (謝霆鋒). The former friends, both who shot to instant fame as idol actors in the early 2000s. Despite the heated rivalry among their fans, Nicholas and Edison remained good acquaintances, and were even revealed to have acquired similar tastes in street fashion. When Edison’s sex photo scandal broke out in 2008, an incident that involved Nicholas’ former wife Cecilia Cheung (張柏芝), the former friends immediately broke ties with each other.

Janice Man (文詠珊), who is currently rumored to be dating Nicholas, was revealed to have have flirted with Edison earlier last year. The tabloid magazine who reported the news claimed that Janice and Edison often chatted with each other through social media websites, and Edison once professed that he was willing to quit smoking for Janice. When Janice uploaded a photo of herself crying, Edison immediately replied to the message and consoled her.

Despite having what seemed to be a close relationship online, Janice clarified later that she is not familiar with Edison at all, and even went on to say, “He’s not my cup of tea.”

At a Macau press conference for her new film Helios <赤盗> yesterday, Janice casually faced the press concerning her rumors with Nicholas. Although she denied the relationship – insisting that they are only good friends – she appeared to be quite fond of her rumored boyfriend.

Asked if her relationship with Nicholas was real, Janice smiled coyly and said, “Let’s not talk about this. I really don’t think it’s a convenient time now to have such ‘gossipy’ reports. I don’t want to comment too much about it.”

Reports stated that Nicholas and Janice chose to keep their relationship a secret because of Nicholas’ former wife Cecilia, but Janice denied, saying, “It doesn’t involve anyone because it’s not true, which is why I don’t think I should give too many comments, because we are all just good friends.”

When reporters tried to pry more information about Nicholas from Janice, she exclaimed, “I have a lot of other friends in the industry, honestly!” Is Nicholas considered to be really close friend then? “He’s okay. We’re all friends.”