Nicholas Tse Has Not Talked to His Sister, Jennifer, in a Year 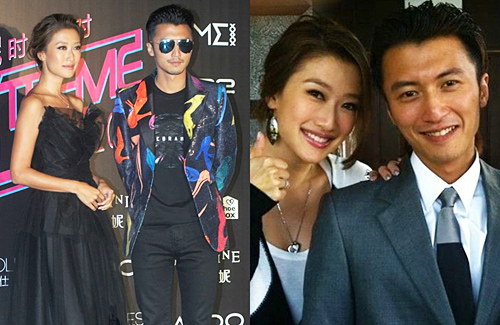 Nicholas Tse (謝霆鋒) once said that good food will bring a family closer together. He had always been very independent due to being sent to overseas boarding school at a young age, but ever since he discovered his passion for cooking, his relationship with his mother Deborah Lee (狄波拉) has greatly improved and she frequently comes over to try his food.

Reporters noted that his younger sister Jennifer Tse (謝婷婷), who has been living in the United States since giving birth in in June, will be returning to Hong Kong soon. Asked if Nicholas would be preparing a feast to celebrate, he replied, “I actually haven’t spoken to her in a year. I’m not sure exactly when she will be returning to Hong Kong, and I may not be in town.”

When asked if he knew about Jennifer’s pregnancy beforehand or if he had seen his nephew yet, Nicholas shocked everyone with his response. “I had no idea. I only learned from the newspapers. I wish her good luck!” He stressed that even though their family may seem out of the norm, this does not mean that he is on bad terms with Jennifer. “If she ever needs me, I will be there.”

When asked on whether the rumors were true that his father Patrick Tse (謝賢) and his ex wife Zhen Zhen (妻甄珍) are planning on getting married again in Paris, Nicholas smiled and replied, “Really? There are a lot of news these days. He’s an adult; I’ll support him with whatever he wants to do.”

However, when asked about his relationship with girlfriend Faye Wong (王菲), Nicholas refused to respond keeping in line with his practice of hiding his relationships from the spotlight.

3 comments to Nicholas Tse Has Not Talked to His Sister, Jennifer, in a Year