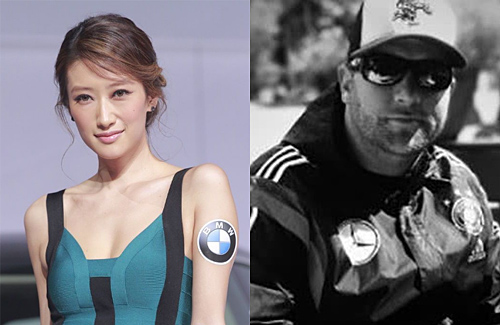 When Nicholas Tse‘s (謝霆鋒) younger sister Jennifer Tse (謝婷婷) announced the birth of her daughter in June, she was careful in guarding the identity of her baby’s father. While netizens came up with many speculations and rumors of the man’s identity, Jennifer did not respond. But the model may have accidentally revealed his identity on her Instagram page.

On Jennifer’s Instagram Story, she uploaded a picture of a vegetarian dish with the caption, “Delicious. Homegrown.” An account tagged to the story seemingly belong to a user named Mark Block.

Although Mark’s profile is set to private and his profile picture shows a picture of a dog, netizens were able to dig up some personal information based on his profile description. Mark is the President and Owner Operator of B-Bearing and Electric Motor Ltd., a family-owned business that supplies bearing and motorized equipment.

Like Jennifer who graduated from the University of British Columbia, Mark studied in Canada and thus the two share similar educational background. It is likely that the two met years ago.

In Mark’s other online platforms, netizens were able to find a black-and-white profile picture and confirmed that he is about 40 years old. Although Jennifer’s manager denied that Mark is the father, Mark often interacted with Jennifer on Instagram and it seems that the two have a close relationship.