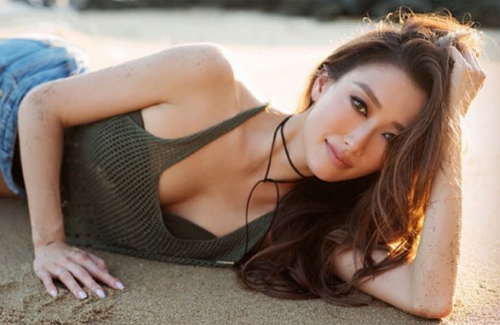 Last year, Nicholas Tse’s (謝霆鋒) ex-wife Cecilia Cheung (張柏芝) suddenly gave birth to a baby boy without the disclosure of who the father is. The same pattern follows in the family with Nicholas’ sister, Jennifer Tse (謝婷婷), recently becoming a mom and refusing to share the identity of the father. Afraid that Jennifer will become a single mom without status, Nicholas is so upset that he is currently not on speaking terms with her.

Jennifer shocked the public with her announcement that her daughter has turned 100 days old last week. But the real question is who is the father? Some speculated that the father is Jennifer’s rumored boyfriend American actor Jeremy Renner, while others claim that the man is a rich second generation in Vancouver.

Last July, Jennifer found out she was pregnant and decided to return to Vancouver to prepare for motherhood. When Nicholas found out, he immediately wanted her to get married first. However, Jennifer found marriage to be unimportant, causing the siblings to argue.

When reporters asked Nicholas about the rumors, his manager responded that that he has nothing to say.