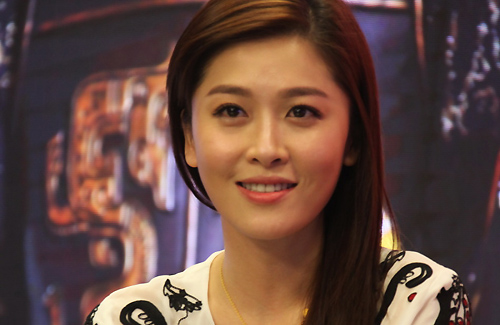 Although Niki Chow (周麗淇) only announced her split with Mainland boyfriend, Jeremy Tsui (徐正曦) last week, she is already linked with a mysterious businessman.

While Niki and Jeremy were seemingly inseparable at first, the couple’s relationship only lasted two years. The couple spent little time together, due to Niki splitting time between Hong Kong and Mainland China.

Tabloids claim that Niki has already moved on with a rich tycoon from the oil industry. Irritated by the rude speculations, Niki said, “Right now, I just want to work in peace – no need to worry about me. There’s no need for me to provide a response because it’s not how I do things. I know that I’m innocent.”

Niki’s older sister, Kathy Chow (周汶錡), also came to her rescue and said it is fairly normal that a pretty and single woman would have a lot of pursuers. Kathy shrugged, “[Niki] is never in Hong Kong and I don’t really know anything about her love life. A single and pretty woman would obviously have a lot of pursuers. Don’t pressure her – if she has a boyfriend, she’ll tell everyone and even if she doesn’t, she’ll also say something.”