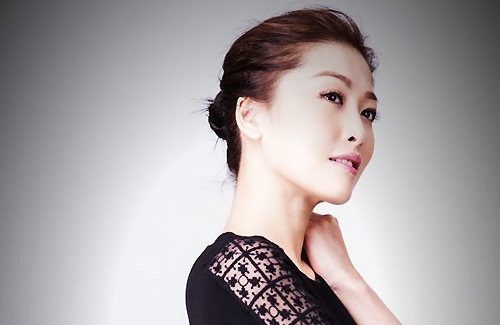 When Niki Chow’s (周麗淇) sister Kathy Chow (周汶錡) got married last year, naturally many would wonder when will it Niki’s turn? At 33 years old, even Niki herself admits that she hopes it will be her turn soon.

“When Sammi Cheng (鄭秀文) and I were both single, I always thought I would get married before her. Now that she is happily in a relationship with Andy Hui (許志安), I said to her, ‘Why are you dating and I’m not?’ As long as she’s happy, that’s all that matters. I hope I get lucky this year too,” Niki said optimistically.

Ever since Nikki’s most recent relationship with business heir Eric ended in 2011, she has maintained a single lifestyle, and was called a “Leftover Bachelorette”. Nikki said, “What’s wrong with being single? I don’t mind being called a Leftover Bachelorette. In fact, I am quite used to it – which I’m not sure if that is a good thing or bad thing!”

In January, Niki was photographed with a Caucasian man, whom the press dubbed as Niki’s boyfriend. Niki explained that the man was only a friend.

“I never told the public who I was dating and who I broke up with. All that you read is just speculation! I actually haven’t dated in a few years but I am living a very fulfilling life. Sure, love is important, but I won’t force it. People always say that I shouldn’t need to worry because I’m so pretty, but that just goes to show that looks and dating don’t go hand in hand!”

Niki revealed that there are some romantic prospects in her life, but she is not the type to drag on the relationship if the feeling is not there. “I’m very realistic about dating and I follow my gut feeling on whether or not I like him! I understand that many people are worried for my personal life, but that actually causes me a lot of stress.”

As with many women, Niki valued a quality relationship rather than simply date for the sake of dating. Niki said, “Honestly, there are times when I feel lonely, but then I know that being in a relationship also comes with a lot of headaches sometimes. So at this moment, I am fine being single. I won’t base my judgement just because I want to be in a relationship.”