Shaw Brothers’ new television drama Guardian Angel <守護神之保險調查> premiered on Christmas Eve, at the peak of the holiday season. Known as the “cannon fodder” time slot in HK entertainment, the period of time between Christmas and Lunar New Year is when drama ratings perform the poorest. TVB’s decision to put Guardian Angel in this time slot is puzzling, but the drama’s unique theme, star-studded cast, and eye-catching production values may end up salvaging more than what it is expected to have. 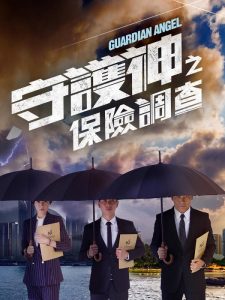 For several years, TVB drama theme songs have been performed by TVB’s own in-house singers, signed under The Voice Entertainment. Guardian Angel’s theme song will be a refresher, as it is performed by Taiwan’s very own A-Lin. The “A Born Diva” singer has recorded a Cantonese version (“Always” <世世>) and a Mandarin version (“Truth” <真相>). The sub theme is performed by Malaysian singer Victor Wong (品冠) and Chinese singer Isabella Huang (黃齡), also in two versions, while the ending theme is performed by James Ng (吳業坤).

Despite being a co-production with Mainland China, the source material is relatable to Hong Kong audiences, as many of the cases explored on the show is based on familiar real-life stories.

With a large budget, Guardian Angel was shot in overseas locations, such as Prague and Malaysia. Produced by a crew with experience in action films, the drama is action-packed, with large-scale action scenes happening about every two episodes.

Although stuck in a canon fodder time slot in Hong Kong, the producers of Guardian Angel has hopes for a successful performance. Shaw Brothers’ previous drama Flying Tiger averaged 26 points in Hong Kong; in China, it reached over 4.5 billion views on iQIYI’s streaming service. With these points in mind, experts have already projected Guardian Angel to reach at least 100 million views over the next few days. In Hong Kong, Shaw Brothers have already established its branding, and many fans are already looking forward to the show’s success.