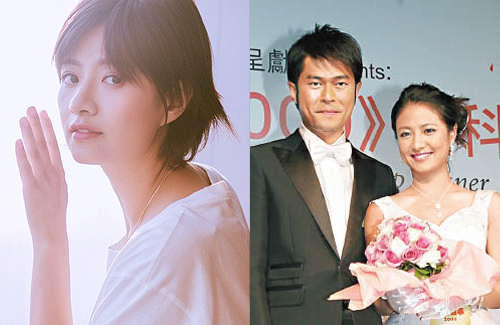 Actress Miki Shum (沈麗君) committed suicide earlier this month, leaving behind a heart-breaking suicide note claiming her husband’s infidelity and how it drove her to insanity.

Growing up in Shanghai, Miki started her career as a young model. She is best known for her work in All’s Well, Ends Well 2009 <家有囍事2009> alongside Louis Koo (古天樂). After getting married, Miki became a full-fledged housewife to take care of her two children.

Although there has been little news about Miki after she left the industry, sudden news of her death circulated on September 10. Not long after the media caught wind of this news, her manager confirmed that Miki jumped off the roof of a building and left behind a long suicide note expressing her sorrow and battle with depression.

In the note, Miki wrote, “This was a road I initially chose, but now, I have nowhere to go.”

Their eight-year marriage has been loveless for years, as her husband had a long-term affair with a mistress. Miki had spent her last seven birthdays alone. Speculating that her husband was already cheating when she was pregnant with her first child, Miki initially confronted him about the cigarette lighters from various nightclubs she found in the family car. Brushing her off, Miki’s husband said he went to the clubs for networking reasons.

Miki also wrote that while her husband had expensive designer brand shoes that cost thousands of dollars, he only bought cheap $50 RMB shoes for the children. Angry that her husband has been spending all his money on his mistress, including buying her designer bags, iPhones, as well as an Audi A4 car. Besides spending his own money on another woman, Miki’s husband was also a big gambler and would often come to her for money after a loss.

Miki aired her problems to her mother-in-law, but was told to keep quiet and that women should learn how to be more tolerant.

Aside from her husband’s infidelity, Miki was also battling cervical cancer and depression.

Upon hearing the shocking news of her death and health problems, Raymond Wong (黃百鳴), who produced Alls Well, Ends Well 2009, expressed his grief and sorrow, stating that Miki has always been a very good and quiet girl.