The legendary casino king, Stanley Ho (何鴻燊), passed away in Hong Kong on May 26. He leaves his legacy behind to his three wives and fourteen children. Today, his children celebrate their first Father’s Day without their father.

Actress Josie Ho (何超儀), Stanley’s seventh daughter, dedicated this day to remember her late father. Many memories of her father are pleasant and warm, but there is one memory in particularly that has stuck to her like glue. For a legendary figure like Stanley, Josie’s memory of her father is beautifully normal. 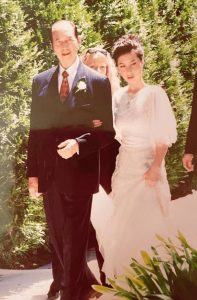 It was her wedding day in Australia, 2003. That year was particularly hot and stuffy. Stanley, wearing a thick coat, was sitting inside the horse carriage with Josie, who was already in her wedding gown. Josie asked her father if he was hot, but he said no. He smiled and made a joke.

Josie couldn’t remember what the joke was, but she knew that her father was just trying to calm her, to lessen her anxiety. The path to the wedding venue was rocky. The horses were trotting slowly. Her father was still sweating, but instead of complaining about the heat, he smiled with excitement.

Josie remembered how her father had reached out a hand to her to help her down the carriage. She was wearing very sharp heels, and she struggled to maintain her balance as she walked across the lawn. “Baba,” Josie had said. “You’re stepping on my gown. This is couture, and very expensive. You gave it to me.” Her father apologized with a smile. 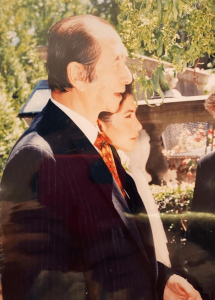 She remembered it as clear as day. How her father walked her down the aisle. How it was sunny and stifling hot. Josie could feel a headache coming on, but her father remained smiling and cheerful. They walked across the green grass together. He whispered to her, “You’re married now. You’re stepping into the next stage of your life.” From that day forward, Josie was no longer just a daughter to her father. She was now a wife to her husband.

Many brides say that the most unforgettable memory of their weddings is the moment when their fathers led them down the aisle to their husbands.

That memory also holds true for Josie. For years, Josie had tried to remove her private life from the public as much as she could. From film premieres to awards ceremonies, Josie preferred to attend them alone, without the presence of her famous father. Her wedding was the first time in her life where she said ‘no more’ to avoiding her father. He had to be there. He had to take her down the aisle.

Josie said, “Baba, thank you. Thank you for brightening the most important moments of my life. That day, you saw me off. Today, I am doing the same. I know that wherever you’re going is far away, but I know, that over there, you will no longer be sick. Now, you can freely say your jokes every single day. As for us, one day, we will be together again.” 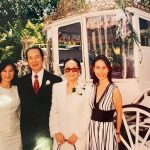 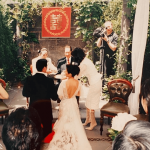 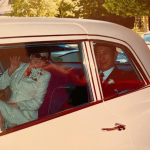