With billionaire Stanley Ho’s (何鴻燊) passing last week, his family’s future and the distribution of his assets have received a lot of media attention. Many of his children graduated from elite universities and are involved in managing the family’s extensive businesses, but actress Josie Ho (何超儀) is a notable exception. Viewed as his most rebellious daughter, Josie never attended university and instead had her heart set on joining the entertainment industry at a young age. 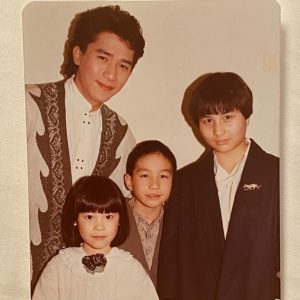 Ever since she was young, Josie loved music and the arts. In the 1990s, she joined the entertainment industry as a singer and her dreams were fully supported by her father.

When her father teased that she was acting as a prostitute again, Josie was firm in her belief that the role had depth and there was a greater meaning behind it. She put in a lot of effort into filming with the hopes of making her father proud.

The late billionaire had said that Josie is most like his younger self, and she is his second most-loved daughter after Pansy Ho (何超瓊). When Josie married actor Convoy Chan (陳子聰) in 2003, Stanley provided a $20-million-Hong-Kong-dollar dowry and her wedding dress cost allegedly cost HK$2 million.

Bullied in School Because of Father’s Casino Operations

Though born in a privileged family, Josie did not like conforming to expectations that are often placed upon children of the elite. Admitting that she has always been rebellious, Josie did not like studying and had even attempted to run away from home.

Explaining why she she seems to possess such a tough streak, Josie reveals that she was bullied as a child. “My siblings and I all studied at the same school from kindergarten through middle school. On my first day, I was brought to school by my family domestic helper so other parents learned of my family background. Some of the parents would come over to me and say, ‘Do you know that your father has ruined many people’s lives? His casinos have caused many people to commit suicide.’ I grew used to this and stopped paying any attention to them. It’s boring; they always say the same thing.”

When her father was admitted into the hospital, Josie and her husband made frequent visits. After Stanley Ho’s passing, the media has been eager to pry into the family’s affairs, but Josie asked for space to mourn his departure and time to deal with the loss.