Macau casino billionaire Stanley Ho (何鴻燊) passed away on May 25 at the age of 98. While his funeral proceedings have yet to be completed, the fight over his $500-billion-Hong-Kong-dollar fortune has already begun. 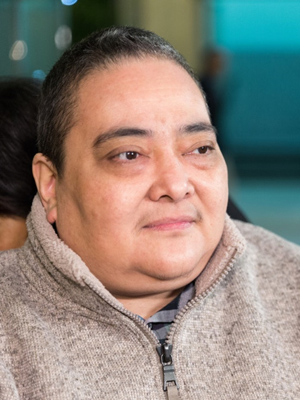 Deborah Ho (何超雄), the billionaire’s youngest daughter with his late first wife, has filed a caveat with the probate registry in Hong Kong’s High Court, which bars any dealings in his estate without first notifying her legal representatives. Such notices are typically in effect for six months from the day they are entered.

According to Hong Kong press, Deborah Ho had, in May this year, requested her third sister Angela Ho (何超賢) to hand over contracts of two trust deeds under their mother Clementina Leitao’s (黎婉華) name, property distribution documents and other documents, in the sign of a family rift. She lodged a caveat which prohibited the courts from authorizing administration of the assets without her and her lawyers being made aware. Technically, if any of her relatives raises an estate administration request, she could oppose in her capacity as a trustee, and if both parties could not settle the matter, they would be engaged in a legal tussle. Hence this has been widely interpreted by the legal world as the start of the battle for the hefty inheritance.

Mario Ho (何猷君), son of Stanley Ho and his fourth wife, had previously made clarifications on social media regarding the fight over the family inheritance. As it was common heresy that any of his children who bears a child could receive a billion-dollar reward, Mario and his supermodel wife Ming Xi’s (奚夢瑤) giving birth to the family’s fifth generation heir and Stanley’s first grandson hence attracted widespread public attention. However, Mario clarified in a lengthy Weibo post that he “did not get a single cent from his dad from having [his son] Ronaldo.” He claimed, “the inheritance had been distributed when I was 15 years old and not even an adult yet.”

On the seventh day of Stanley Ho’s passing, his family arranged funerary rites for him according to Chinese tradition. Despite Mario claiming that inheritance settlements had long been finalized, it was discovered that Mario and his half sibling Laurinda Ho (何超莲), the tycoon’s daughter with his second wife, had recently unfollowed each other on Instagram. Along with Deborah Ho lodging for a caveat in the legal courts, the interactions between the late billionaire’s children have evoked much public interest and curiosity.

With four wives and 16 children, there had been much talk surrounding how Stanley Ho’s inheritance will be distributed even while he was alive. It had been widely speculated Pansy Ho (何超瓊) , eldest daughter of the tycoon and his second wife, would likely have the greatest share of the fortune, as she held the reins to Shun Tak Holdings, the company founded by her father.