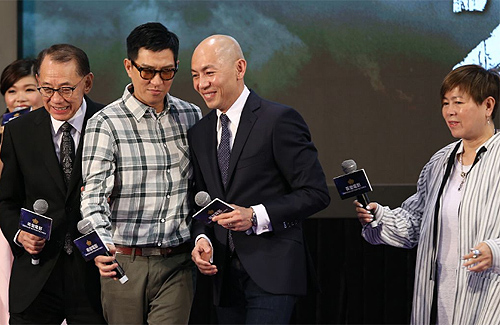 Released during the Lunar New Year holiday, Operation Red Sea <紅海行動> has earned 3.5 billion RMB to-date, becoming the second highest grossing Chinese film of all time. Eager to follow up with another blockbuster, Emperor Motion Pictures announced at FILMART 2018 that it intends to film a sequel next year. Nick Cheung (張家輝) is tentatively set to star in the movie.

Director Dante Lam (林超賢) and executive producer Candy Leung (梁鳳英), the duo behind Operation Red Sea, will return to helm the sequel. Operation Red Sea displayed a high level of realism in its military combat scenes, and Dante Lam expects equally high standards in the new sequel, which will feature rescue missions in the sea.

Since the new film will involve China’s Ministry of Transport and CCTV, numerous meetings have to be set up as part of the pre-production process before filming can start next year.

Dante Lam admitted that it is difficult to find a star for his new action movie due to the rigorous filming demands. Tentatively set to star in the movie, Nick Cheung admitted that his work schedule is very tight. Emperor Motion Pictures founder, Albert Yeung (楊受成) joked that he wants to immediately sign Nick onto the project to ensure his commitment.