Owen Cheung: “My Chest Is Not Big Enough” 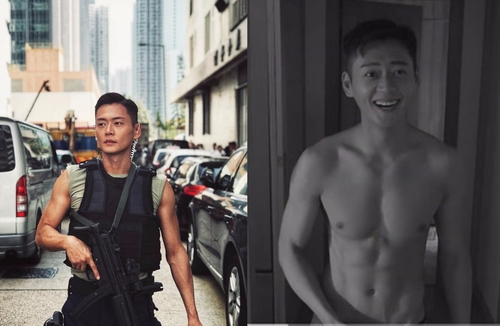 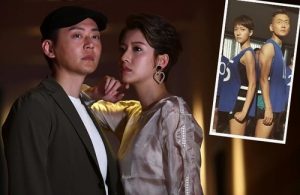 Airport Strikers <機場特警> marks the second collaboration between Legal Mavericks <踩過界> costars Sisley Choi (蔡思貝) and Owen Cheung (張振朗). In the currently airing drama, they both play members of the Airport Special Police Unit. To portray their characters realistically and carry out the action scenes, Owen and Sisley worked hard to achieve toned physiques. Although their performances have been well received, both parties have their own regrets.

Owen, who has a naturally petite frame, got a lot bigger for the drama. The transformation was so drastic that his neighbors couldn’t believe it. He said they question the realness of his physique whenever he goes out recently because of his gentle appearance. Owen expressed, “I sacrificed a lot to achieve that body, but frankly, there is a lot of room for improvement. For example, I want to become even bigger; my chest is not big enough. I will push myself harder the next time I have to take off my shirt in a drama.” 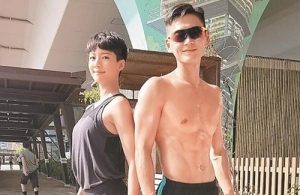 Likewise, Sisley critiqued herself as well. The actress said, “I played some tough girls in past series, but it’s all about physical performance in this drama. I feel that I was not ready for it. Even though I dabbled in triathlon and cross-country races in high school, I only have endurance but not enough explosive power when it comes to strength. I jumped right into Airport Strikers after I finished shooting The Defected <鐵探>, so I had no time to prepare, which is a pity.”

She added, “The next time I have the opportunity to play this kind of role again, I hope to challenge myself again and show viewers a more explosive side of Sisley.”

Owen Is the Opposite of His Character

In Airport Strikers, Owen “risked his old life” to play the main protagonist Hill Cheung. “It’s hard to portray a cocky character because it’s the opposite of my own personality,” Owen shared. “Arrogance is not a likable trait, so having to be cocky for 25 episodes is pretty difficult. But viewers think Hill Cheung is funny in his own ways, so I’m thankful.”

He also thanked the director for giving him such a challenging role. In recent years, Owen has been highly promoted by TVB, but his career has been repeatedly hindered. The airing dates for his dramas The Offliners <堅離地愛堅 離地> and Finding Her Voice <牛下女高音> were repeatedly postponed due to costar Jacqueline Wong’s (黃心穎) cheating scandal, and Airport Strikers didn’t broadcast until now because of the political tension in Hong Kong. Within two years, three of the five dramas that Owen played the main lead in could not be aired on time. Hence, he earned the nickname, “The King of Misfortune from Hell.”

Still, Owen managed to rebound from the stall in his career. First, Finding Her Voice finally aired as a TVB anniversary drama. Then, he won the TVB Anniversary Award for Most Improved Male Artiste earlier this year, and now, Airport Strikers is receiving positive feedback.

“It seems that the clouds lifted and the blue sky is showing,” the optimistic Owen said. “You can be unhappy, or you can face it with a learning attitude. Louis Cheung (張繼聰) often tells me it’s practice.”

He continued, “I have experienced many unpleasant things in the past two years, so any future problems I encounter will seem trivial to me.”

On the contrary, Sisley said she is the opposite of Owen in that she is more pessimistic and emotional.

8 comments to Owen Cheung: “My Chest Is Not Big Enough”