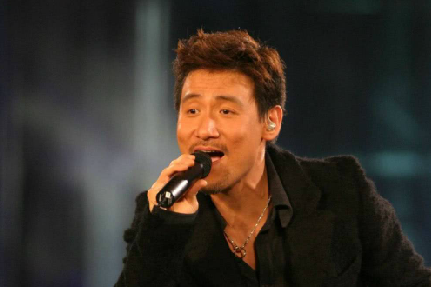 Fans readily agreed and praised Jacky after seeing the news that 20-concert ticket touts, four people selling fake IDs, and seven thieves were arrested. Some went as far as to say he should be given the National Spirit Contribution Award, an accolade that is hard to earn. In addition, Jacky has been in many cities and hosted over 200 shows, with police seizing criminals in many of them. If he were to receive an award, it would be difficult to decide which city should present him with an award.

However, Hong Kong media believes a Good Citizen Award is perfectly reasonable considering his repeated contribution to fighting crime. This year, police captured at least 90 criminals alone at Jacky’s tour concert, earning the singer the nickname of “fugitive buster.” It seems that fugitives can’t resist the charms of the “god of singing.” Jacky jokingly said, “Thank you guys for coming to see me. No matter who it is, I still need to entertain.”

Even so, he credited the arrests to the high tech facial recognition present at his concerts, which only works well with Mainland China’s extensive data “beyond our imagination.” In addition to the technology, Haikou also arranged higher security at the venue as there were about 86,000 people attending the concert. “Even if they don’t get caught at my concert, they can go to the convenience store and still get arrested eventually,” Jacky expressed.