Power Chan Clarifies Why He Chose To Leave TVB: “It’s My Problem” 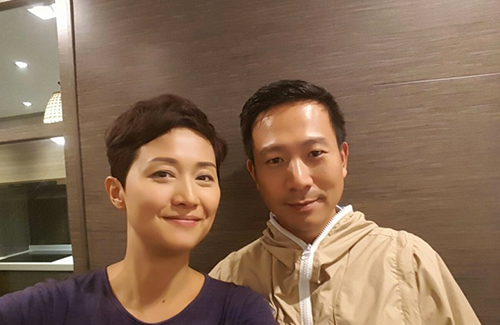 On October 9, Power Chan (陳國邦) announced that he has decided to not renew his TVB contract. He published an open letter to TVB on his Weibo, explaining that his reason for leaving is because of the lack of opportunities. Many netizens have expressed their sadness about Power’s decision, lamenting that TVB has now lost another talented actor. Some netizens criticized TVB for unfair treatment, while others speculated that Power’s reason of publishing the letter was to pressure TVB to give him better offers.

Power, who recently completed his theater tour in Taiwan and has returned to Hong Kong, denied having ulterior motives. He said he just wanted to voice out his feelings about his lack of opportunities in the station and does not want the public to misconstrue his reasons for leaving.

After the letter was published on Friday, the press asked TVB executive Catherine Tsang (曾勵珍) about her thoughts on the matter. Catherine Tsang said she does not find Power’s leave to be a pity, as many artistes come and go all the time. She added that Power is a fantastic actor, and said TVB will always welcome back former artistes.

Power said he agrees with Catherine Tsang’s statement. He expressed, “I’ve read about what Tsan Jeh (Catherine Tsang) said in news reports, and I think she understands what I’m going through. Like what she said, we might see each other again in a year or two.”

What is his relationship with Catherine Tsang? “Our relationship is good. She respects me, admires me, and I did not feel sad when she said that my decision wasn’t a pity. Because that is a fact. My reason for leaving is because of me. It is my problem. It has nothing to do with anyone else. I need to start thinking about my future. I am not unhappy!”

Power stressed that he was not trying to blackmail TVB with his open letter, nor was he asking for anything in return from the station. He said, “Please treat the letter as a cover letter instead!”

In Power’s letter, he talked about how unhappy he was for not having the opportunity to star in a production as a lead actor. Asking if he had blamed others for his terrible luck, Power admitted, “I did when I was younger. I was angry, but now, not anymore. We all experience different things in life. I need to start thinking about my future. I will continue acting as it is still my passion.”

Power’s wife, former TVB artiste Mimi Lo (羅敏莊), answered questions from the press when she went to the Hong Kong International Airport to pick up Power. She said she has also read the reports concerning Catherine Tsang’s comments on her husband, and she agrees with the TVB executive.

“Everything she said was true. I don’t think she’s being mean. The Tsan Jeh I know is a very nice person. Her comments may seem harsh to others, but as a top executive, she needs to see things from the company’s angle.” Mimi said Power is not a person who can easily get fired up, adding that he was really calm when he wrote the letter.

15 comments to Power Chan Clarifies Why He Chose To Leave TVB: “It’s My Problem”