Raymond Wong Happy With Success of “The Forgotten Valley” 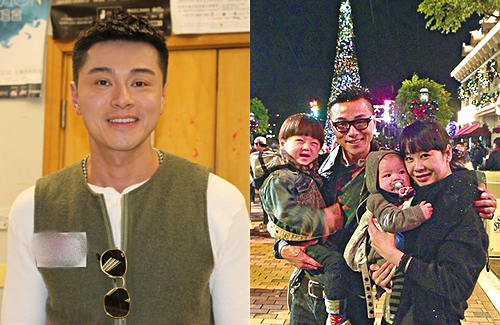 The currently-airing TVB drama, The Forgotten Valley <平安谷之詭谷傳說>, has been  praised for its suspenseful storyline and intriguing characters. Though the drama is centered around female characters, lead actor Raymond Wong (黃浩然) is also enjoying a boost in popularity due to the drama’s success. Although he was initially worried that the role might be overshadowed by the female ensemble cast, Raymond admitted that the role actually allowed him a greater opportunity to shine.

“I’m very happy that the ratings for the drama online are doing so well. A lot of people have said they are afraid to watch it alone at night, because the beginning parts are very creepy and gloomy. I really like all of the characters in the series. Although this drama is heavy with female characters and a lot of the plot is carried out by them, my character had its own challenges too. Having grown up with and living among a group of very traditional villagers, but also having a very westernized wife, caused my character to go through relationship changes with his father, the villagers, as well as his wife.”

Though the suspenseful drama is already very well-received, Raymond teased that the best has yet to come. “There is a climax later on. The main plot for my character is towards the end. I hope everyone will enjoy it.”

In addition to filming obligations, the 42-year-old actor also has several commercial jobs lined up for the year. However, the father of two makes a conscious effort to balance work and family life. He is known to be an attentive husband and doting father. He shared, “Currently, I still have some commercial work left to do. Earlier, I spent time with my family on vacation. After Lunar New Year, the kids will begin testing, so I will stay in Hong Kong after the New Year.”

With the recent spread of the flu, is Raymond worried that his two sons will get sick? “My son did contract the flu and get sick. He couldn’t go to school for a week! But he is all better now. My younger son’s classmate got sick first, then he got sick after. He started taking medicine, then his old brother started showing symptoms. Fortunately, my wife and I are fine. The whole family wore face masks to sleep. It was difficult to breathe, but it had to be that way. My two sons slept on the bed next to us. We were afraid that one would get the other sick. Other than eating dinner, the entire family wears a face mask. Everyone needs to protect themselves.”